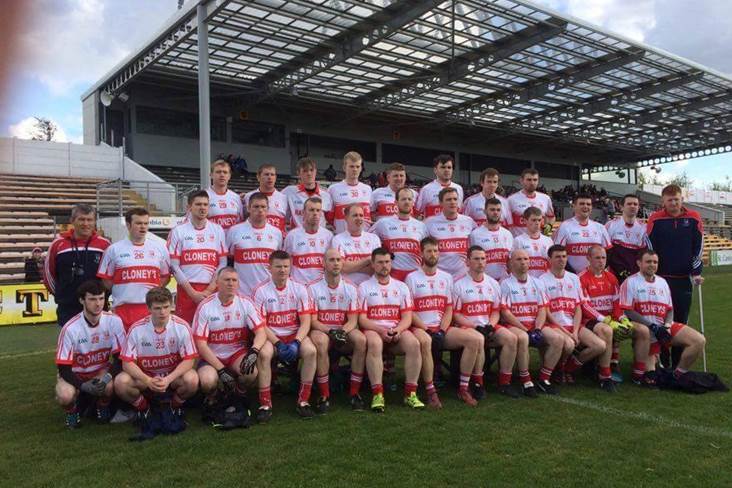 Railyard pose for a team photograph before their 2016 Kilkenny SFC final victory over Kilmoganny at Nowlan Park. Pic via Railyard Gfc on Facebook.

It saw Railyard defeat Kilmoganny 1-8 to 2-3 to complete a three-in-a-row of Kilkenny SFC titles. The winners grabbed an early goal before Kilmoganny replied with a couple of Ronan Coffey majors to go into the break on level terms, 2-1 to 1-4.

The sides were still level, 2-3 to 1-6, entering the closing stages, but two late points sealed victory for Railyard, whose next competitive game won't be until October in the Leinster club IFC. The early completion of their senior football championship means it will be hurling all the way in Kilkenny for the remainder of the year.