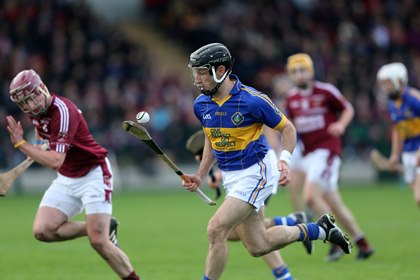 Portaferry caused a major upset when they powered to a nine-point victory over Cushendall at Owenbeg to win their first Ulster club SHC title in what was their ninth final appearance.

Eoghan Sands' second half goal sealed an historic victory for the Down champions who will now go on to represent Ulster against the winners of the Munster club SHC in next February's All-Ireland semi-final.

Despite needing a replay to get past Slaughtneil in the semi-final, Cushendall entered the final as the hottest of favourites, but the writing was on the wall for them at half-time when they trailed by 0-6 to 0-7 after playing with the aid of a strong wind. Paul Braniff and Conor Mageean were among the Portaferry scorers in that opening half, with Neil McManus scorer-in-chief for 'Sambo' McNaughton's men.

The winners took control after the restart as Sands scored a superb goal and also sent over a pair of sideline cuts. There were joyous scenes after the final whistle when John Convery became the first Portaferry captain to receive the Ulster cup.