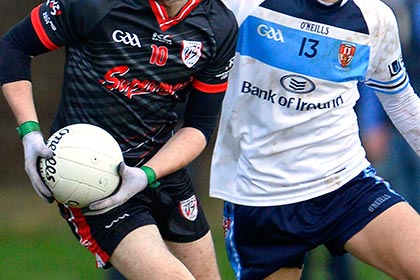 More and more Catholic students are opting to don club, county and college jerseys on campus at the north's universities and - claiming to have received complaints from students at University of Ulster - Allister says the proliferation of GAA jerseys in intimidating members of the Protestant community.

A ban could now be imminent...

In response to the Traditional Unionist Voice chief's complaints, UU is to review its policy of allowing students to wear GAA tops, with minister for employment and learning Stephen Farry telling The Irish News that plans have been put in place to develop a good relations policy in conjunction with the Students' Union:

"The University of Ulster has now advised that a working group has been established to develop this policy.

"An action plan has been developed, which will be presented to the relevant university committee in April. The policy will cover inter alia, political expression, culture, language and dress code." Tweet