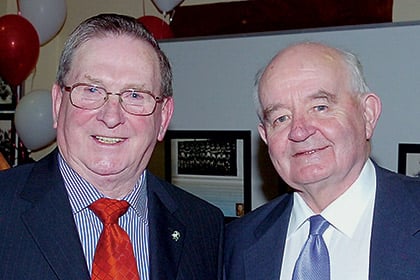 Part of the Wee County team that famously captured the Sam Maguire Cup by beating Cork by two points in the All-Ireland final at Croke Park, Smith also enjoyed an illustrious club career with Oliver Plunketts.

The eighth member of the '57 team to pass away, he was a late addition to the Louth starting team for the All-Ireland final following the late withdrawal of Jim McArdle.

His grandson Paraic is a member of the current Louth senior squad. Tweet