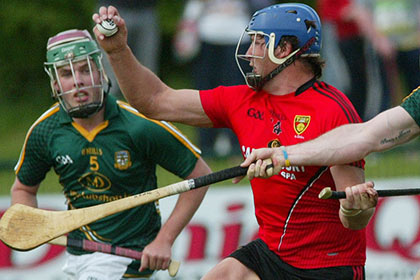 Gareth 'Magic' Johnson was the 'man-of-the-match' as Ballygalget overcame Portaferry in the Down SHC decider at Ballycran yesterday.

Portaferry were forced to line out minus the services of the injured Paul Brannif and they found themselves 1-5 to 1-8 in arrears at the change of ends.

They made a bright opening when Kevin McGarry's free was deflected to the Ballygalget net but that was cancelled out in the 8th minute after Johnson set up Declan McManus who finished to the bottom of Portaferry's net.

To their credit, Portaferry continued to carry the fight to Ballygalget in the second half but with 12 minutes left on the clock, the eventual winners were 1-13 to 1-8 to the good.

The Gabriel Clarke captained outfit pulled further away in the closing stages with Johnson adding three points to their final tally. Tweet