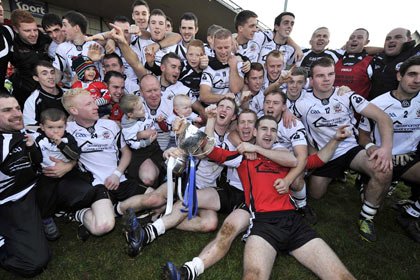 Kilcoo pulled off a surprise to claim the Down SFC title at Mayobridge's expense in yesterday's final at Newry.

A goal in the second minute from county star Conor Laverty helped establish a 1-5 to 0-5 interval lead for the winners.

Mayobridge replied with a goal nine minutes from time but they had left themselves with too big a mountain to climb.