Down SHC: 'Ferry goals see them to title success 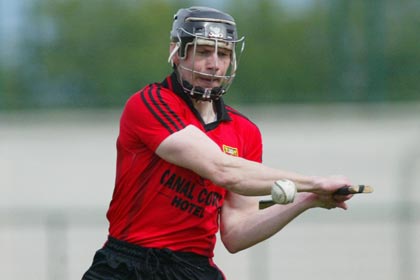 Portaferry were crowned Down SHC winners for the first time since 2008 following a five-point win over holders Ballycran at Ballygalget in Saturday.

Ballycran looked to be on course for victory when the accurate free-taking of Scott Nicholson helped them to a 0-8 to 0-5 interval lead. But three goals in an amazing nine-minute spell at the start of the second half saw the challengers turned the final on its head.

Paul Braniff set up Eoghan Sands for an equalising goal within 30 seconds of the restart before midfielder Fergal Rogers also found the net three minutes later. Sands - a son of former county star Noel - added a third goal in the 39th minute and the result was never in doubt after that.

Meanwhile, Burren's reign as Down SFC kingpins was ended by Longstone in their quarter-final replay at Pairc Esler. Ambrose Rogers, Conor Doran and Michael Ireland were to the fore for Longstone as the champions were sent packing on a 1-13 to 2-8 scoreline.

Cathal Magee was in fine scoring for Mayobridge who accounted for Saval by 0-17 to 1-11. In the other quarter-finals, Kalum King and Ciaran Brannigan scored 1-6 between them as Bryansford saw off Rostrevor by 1-10 to 0-8, while 14-man Kilcoo produced an excellent second half performance to overcame neighbours Castlewellan by 0-14 to 0-11.