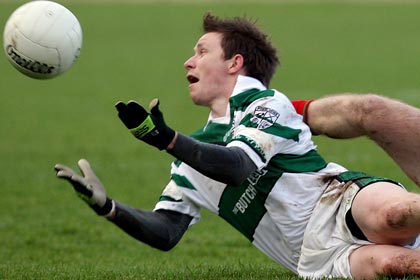 Cahillane's selection is something of a surprise as there had been strong speculation that regular midfielder Padraig Clancy, who only returned the fold after the National League campaign, would fill one of the corner forward positions, while Michael John Tierney - who posted some big scores in the National League - has also been overlooked.

Cathal Ryan has been named at centre back on a line that also includes Cahir Healy and Colm Begley, who will be making his first championship appearance since his return from Aussie Rules. Brendan Quigley and Kevin Meaney continue in midfield with Craig Rogers at centre forward and Emo duo Darren Strong and Billy Sheehan either side of him.