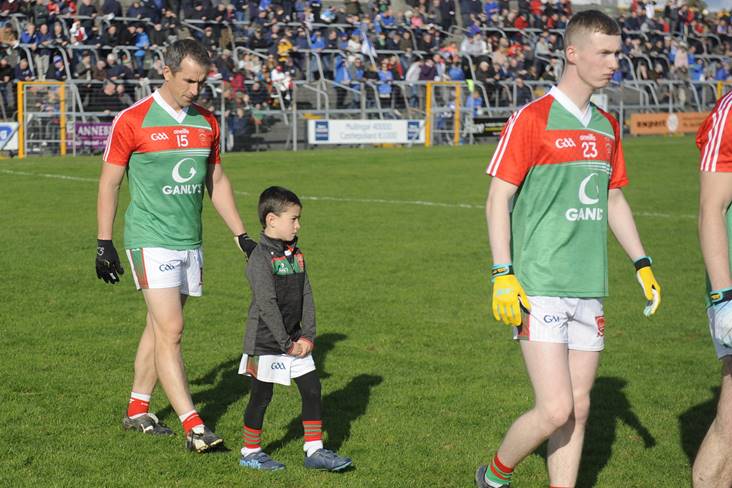 Garrycastle's Dessie Dolan with his son Nathan before the Westmeath SFC final against St Loman's.

Having already brought in fellow Westmeath All-Star John Keane, Dolan is the latest addition to manager Jack Cooney's backroom team ahead of his fourth year in charge of the Lake County.

RTÉ pundit Dolan, who retired from inter-county football in 2014, is widely regarded as Westmeath's greatest ever footballer.

Cooney was a selector, working alongside the late Páidí Ó Sé, with the historic 2004 Leinster SFC winning Westmeath side, which included close friends Dolan and Keane.

When Garrycastle won the Westmeath SFC title in 2019, the Athlone club were co-managed by Dolan's younger brother Gary and Rosemount man John Keane, with Dessie acting as player-selector.

He will also be joined in Cooney's set-up by Garrycastle clubmate Cathal Mullin, who is staying involved for 2022.