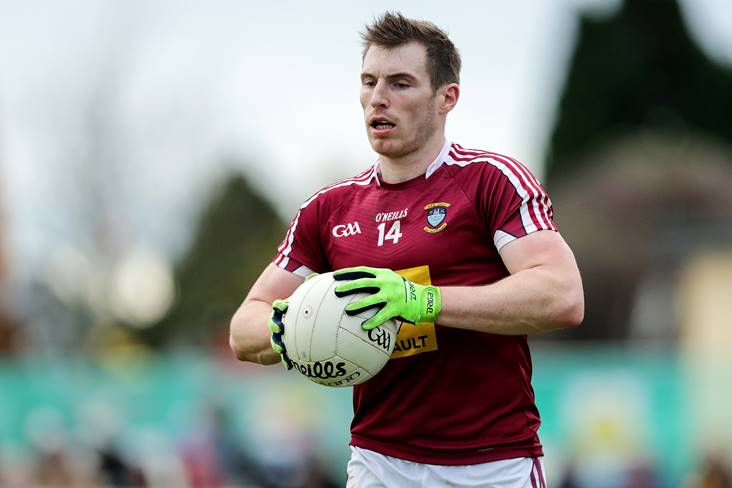 Westmeath have suffered a major blow ahead of their Allianz Football League Division 2 campaign with the news that Kieran Martin is facing a six-week injury layoff.

Last year's captain was listed to start the Lake County's O'Byrne Cup semi-final against Offaly this afternoon, but arrived at Bord na Mona O'Connor Park on crutches and in a protective boot. It's believed he has suffered a broken metatarsal which is expected to rule him out of Westmeath's first three league games against Clare, Cavan and Cork.

John Heslin was also a late withdrawal as Jack Cooney's charges relinquished their grip on the O'Byrne Cup, but Luke Loughlin returned, coming off the bench for the last 10 minutes.