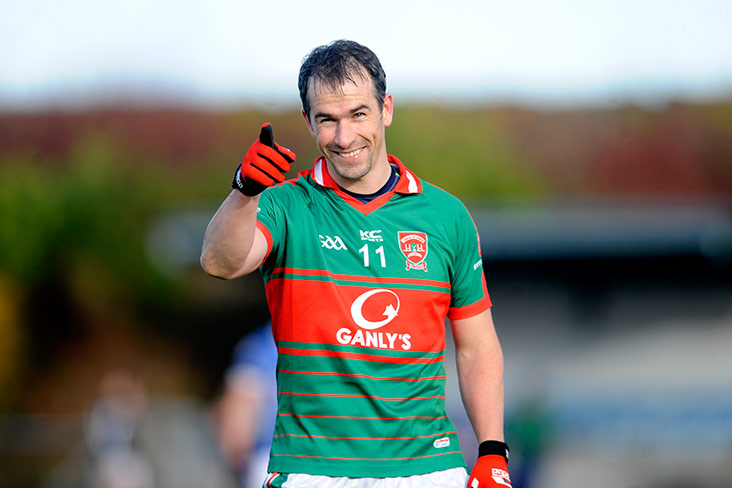 Garrycastle coach John Keane was wholesome in his praise for his former county colleague Dessie Dolan following his retirement from club football at the weekend.

At the ripe old age of 40, Dolan brought the curtain down on an outstanding club career as he kicked 0-07 against Ballyboden St Enda’s in the Leinster club SFC semi final defeat to the Dublin champions.

Six of those scores came from frees, but the one from play was the score of the game as Dolan rolled back the years with a vintage performance, which was greeted with a standing ovation from both sets of players when he was substituted in the 50th minute.

“Everyone knows Des. Even at 40 years of age, he was phenomenal again. He was kicking frees, scoring from play, leading lads and directing traffic. He’s just an incredible man for this club,” said Keane.

“Even for me over the past two years, it’s amazing to see the influence he has and the respect he gets within the club. Any bit of success I have had in my career has been with Des and I was just delighted to be there when he finished off.”