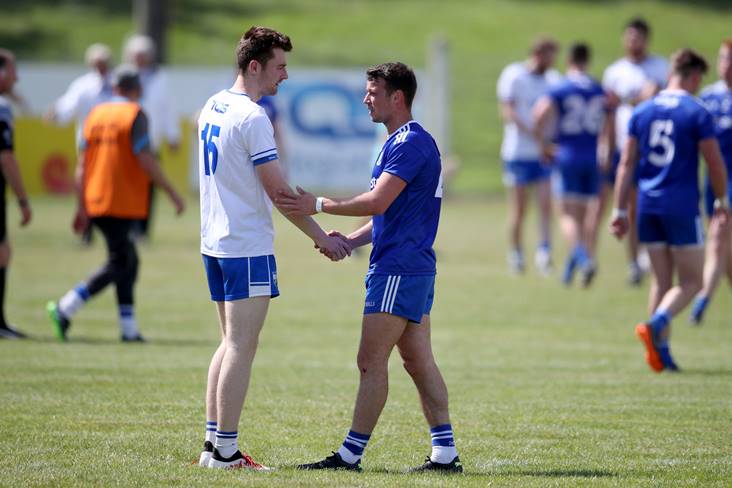 Rathgormack are Waterford senior football champions for the first time since 1999 after seeing off Ballinacourty in today's final at a wind-swept Fraher Field.

A strong first-half performance laid the foundations for this memorable victory for Rathgormack with goals from Paul Drohan and William Hahessy propelling them five points clear at the short whistle, 2-4 to 0-5.

Man-of-the-match Hahessy's goal before the break proved particularly vital as Ballinacourty were beginning to get to grips after making a slow start to proceedings.

Though they started the second period much better when an own goal from corner-back Cathal Crowch following a goalmouth scramble brought them back into contention.

A David Looby free reduced the gap to a single point (2-4 to 1-6) on 36 minutes but that proved to be Ballinacourty's last score of the game.

Rathgormack regained the initiative with points from midfielder Jason Curry and Jason Gleeson putting them three clear with 44 minutes played.

Ballinacourty lost substitute Patrick Hurney to a second yellow card and Rathgormack remained in control until the final whistle.