Waterford players "not standing up" - McGrath 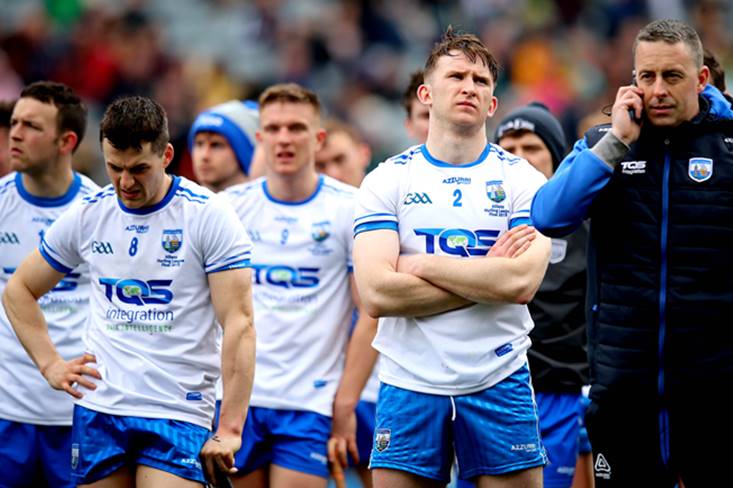 Former All Star defender Ken McGrath says Waterford’s players must “come together as a group” under their new manager next season.

Pauric Fanning stepped down as Deise boss last week after just a season in charge and, speaking to RTE Sport, McGrath stated that the players need to shoulder their fair share of the blame for the team’s recent shortcomings.

"Everyone seems to be getting the blame bar the players," he said. "If you’re a proper hurler you have to look in the mirror and hold yourself accountable. You’re getting four games and that’s four tries. We haven’t won in eight (championship) games and everyone is pointing the finger at everyone in my opinion, bar the lads that are beyond the white line.

"I think that’s what the manager will have to do next year. He’ll have to get players that are loyal and dedicated to the set-up. You have to start with a blank canvas and go from 1-30 on a panel and your backroom team and pick who you want.”

He continued: "They have to come together as a group and see if they can get us back into the championship. At the moment, we’re just watching it unfold. It reminds me of 25 or 30 years ago and we’re all watching the championship again on the outside which isn’t good for the kids in terms of trying to promote hurling in the county.

"We have quality players, we know that. But we’re not producing it at the moment and we’re not standing up."