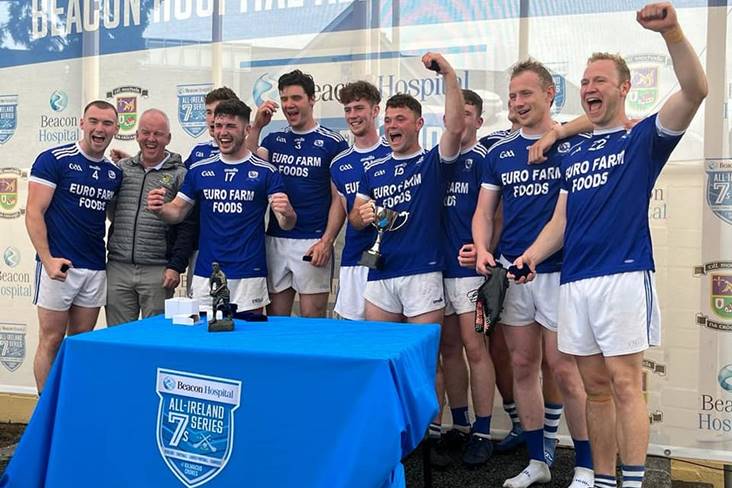 A last-gasp goal from Shane Smyth saw the Meath side edge Galway champions Mountbellew-Moylough 2-6 to 0-10 in a thrilling final.

The 2022 All-Ireland Kilmacud Hurling Sevens senior title was won by Kilkenny's Lisdowney, who defeated O'Toole's of Dublin in last week's final after extra-time.

After a three-year break due to the Covid-19 pandemic, the All-Ireland Ladies’ Football Sevens takes place next Saturday July 30, and the Camogie equivalent is set for August 6.