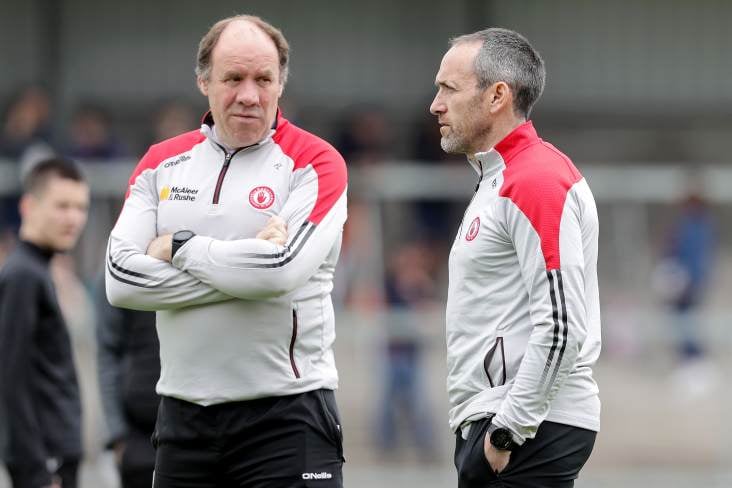 Tyrone joint manager Brian Dooher described the disappointment after his team’s defeat at the Athletic Grounds yesterday which saw them exiting the All-Ireland senior football championship.

The Red Hands went down in a 1-16 to 1-10 defeat to neighbours Armagh and relinquished the Sam Maguire Cup in the process.

Speaking to RTE Sport after the game, Dooher said it was a campaign where Tyrone “always seemed to be chasing games a bit too much”.

"It's difficult. It's not nice to exit any championship and it's just disappointing," he said.

"We started off the game well, got an ideal start but just could never build on it."

He added: "We couldn't get that form that we had last year and that momentum. We just didn't get it this year to build on it and we always seemed to be chasing games a bit too much.

"But we'll sit back now over the next weeks and months, look at it and see what we can do differently."