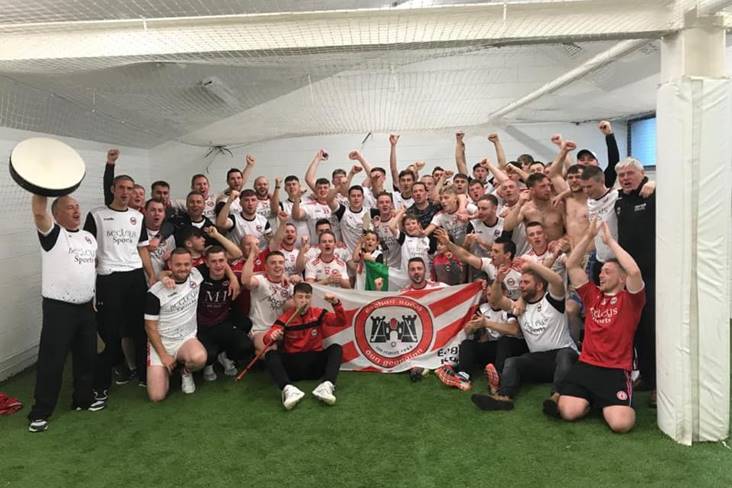 The Benburb Cup will be spending another year in Eoghan Ruadh's splendid new clubhouse after the Dungannon side retained the Tyrone SHC title at Eire Og's expense in Healy Park.

Damian Casey, Tiarnan Morgan, Matthew Mulgrew and Kiefer Morgan were all on target in the opening half for the winners who led by 0-13 to 1-8 at the break. Bryan McGurk found the net for the Carrickmore men late in the half with Justin Kelly and Dermot Begley also contributing to the scoring.

Kelly had the teams level on 1-12 to 0-15 entering the final quarter, but the holders responded with a goal from Brannan Morgan and points from Tiarnan Morgan. Dermot Begley raised a second green flag for Eire Og in the closing stages, but it was a case of too little, too late as Eoghan Ruadh held on.