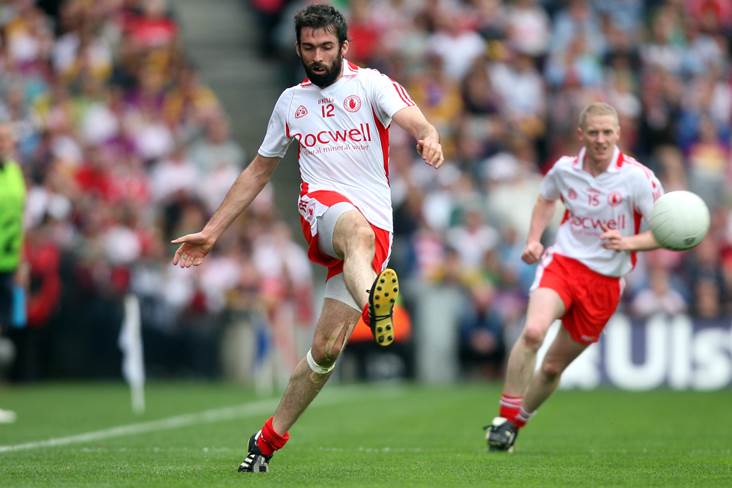 Joe McMahon in action for Tyrone against Wexford in the 2008 All-Ireland semi-final at Croke Park.
©INPHO/Donall Farmer.

Two-time Tyrone All-Ireland winner Joe McMahon is looking forward to dipping his toes into inter-county management as a selector with Fermanagh.

The Omagh St Enda’s clubman has joined forces with his former Red Hands team-mate Ryan McMenamin and will act as a selector along with Paul McIver.

Speaking to the Irish Daily Star, McMahon explained: “Ricey gave me the call during the summer time and I had to take a bit of time out to think about it.

“It was probably something that I would have liked to have got involved in at some stage and now the opportunity has come along and I’m happy to grab it with both hands.

“It’s an opportunity to work alongside Ricey and Paul McIver and the rest of the backroom team but first and foremost it’s a chance to work with the Fermanagh lads.

“They have performed well in the past couple of seasons and I think that there is great potential there.”