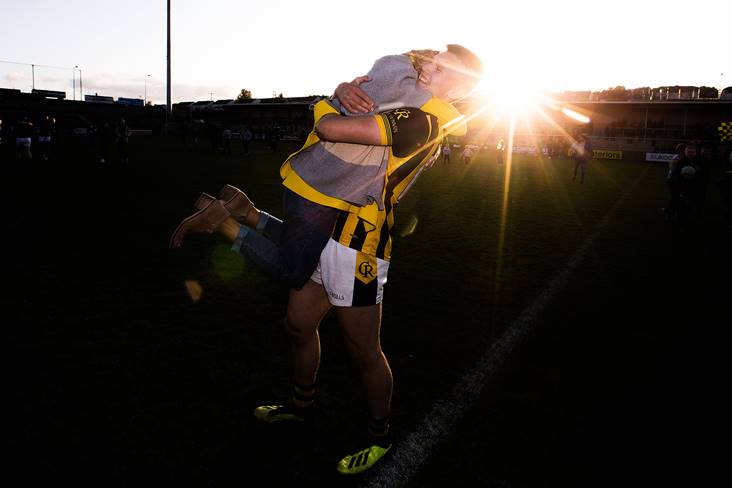 From GAA Congress to county finals, there was plenty of Twitter reaction...

'I was praying to Mammy she would see it through' 💬@RossaGaelsDerry captain Daniel Heavron says he prayed to his late mother as Magherafelt had to hold off Glen in the Derry SFC final 🙏#BBCGAA #DerrySFC pic.twitter.com/1qSbf3A8c2

So it's @EastCorkGAA who celebrate a great achievement wining their 3rd Consecutive @OfficialCorkGAA SHC Title . But @GlenRovers_ put them to take the pin of their collars in a dramatic conclusion to a real battle in the last Final of the Decade #GAA#CorkGAA2019 pic.twitter.com/7tQ7pvKm2u

Ciaran McCavana from Antrim said at GAA Special Congress that ''Marty Morrissey's clothes get more coverage than the McDonagh Cup''. You will hear plenty of guff about the new second tier football comp being given a high profile. It won't. Media outlets don't have the resources.

Delighted to welcome all our @officialgaa colleagues to @PaircUiCha0imh for today's #GAA Special Congress pic.twitter.com/Bt7ASq8Aqi

Thanks to everyone for all the good wishes and messages of support. I am truly privileged and honoured to manage @Galway_GAA Senior Footballers. It's a dream come through. Proud day for all my family and my club. Go get your season tickets and let us enjoy the journey together.

For a rural club like ballintubber to win 5 County title in 10 years is unbelievable its hard to believe that 10 years ago they had never won a senior title. Every other rural clubs should take note.

Very proud to be a Rathgormack man today, great win by our team who looked very sharp and fit 💪 Congratulations to all the players and backroom team on a stellar performance to win the Waterford Senior Football Final in the Fraher Field, Dungarvan today 👏👏 pic.twitter.com/1UVr9N39uh

Plot twist - Clontibret managed by John McEntee will now play Crossmaglen in the first round of the Ulster Club. #gaa

Sales of Mi-Wadi are up 550% in Tourlestrane this evening.

What a day. Privileged to be allowed experience today with @Clonkillhurling Westmeath Senior Champions 2019 They questioned our culture but there's yer answer. Clonkill and Limerick Abú 💚💛#winning #culture pic.twitter.com/cUJiuEh95R

Football is not all about what you can do on the field. Stay classy David Clifford. pic.twitter.com/tK71wQSvod