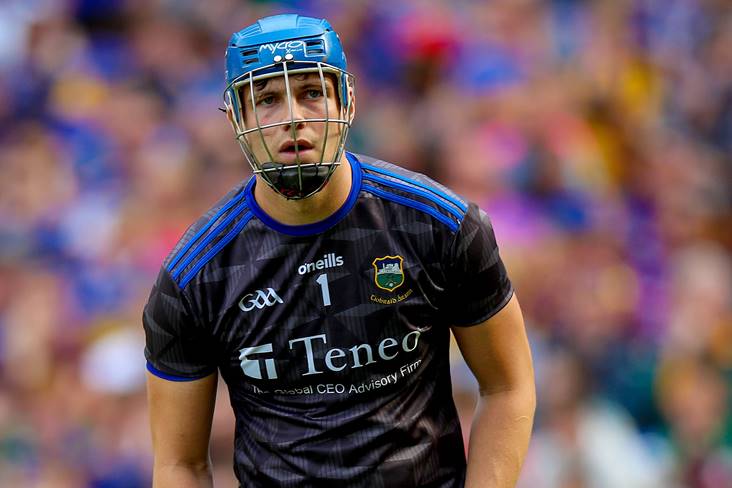 Just as he had done in the dramatic semi-final win over Wexford, the 6'5" goalkeeper caught the sliotar from Donnelly's shot above his crossbar. But Hawkeye ruled that the ball had gone behind on both occasions.

"We can confirm that the Hawk-Eye system installed at Croke Park can determine if the ball crosses the line. The system only gives a point when the ball has crossed the plane of the goal and in between the goalposts. This point in the trajectory of the flight is signified by the trajectory changing from red to white. This, therefore, does not occur when the ball is wide of the posts," the statement read.

By winning an All-Ireland medal, Brian follows in the footsteps of his father Ken, who explained to the Irish Daily Mirror how he was frustrated by the decision.

“He is perturbed about [last Sunday] because he did feel that he was well ahead,” Ken said.

“He knew that it hit the crossbar with his hand the last time, but that didn’t happen [last Sunday]. From that perspective, he is just a bit puzzled about that but thanks to be God, it all worked out.”