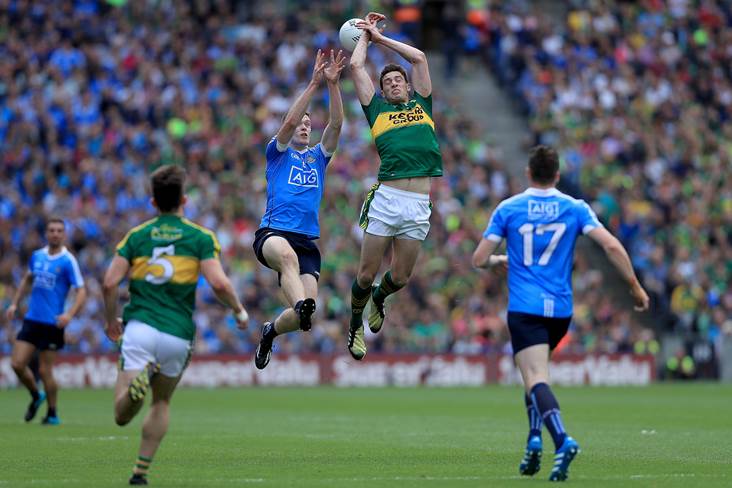 Kerry Lord Mayor Niall Kelleher has responded to a cheeky taunt from his Dublin counterpart Paul McAuliffe, inviting him and his wife to stay in the capital ahead on All-Ireland final weekend.

The letter from Mr McAuliffe yesterday couldn't resist making reference to Dublin's five-in-a-row bid by replacing the letter 's' with the number '5'.

Mr Kelleher was quick in his response, accepting the invite and also throwing in a couple of taunts of his own.

He referenced the Kingdom’s 37 All-Ireland titles by mentioning the 37 bar on Dawson Street which is across the road from the Mansion House.

“If you don’t mind, we would like a street-facing room to look out at our second favourite 37 – the bar across from your house on Dawson Street,” he wrote.

“I just hope they didn’t name it after the number of times Sam has come to Kerry or else they’ll have to change the name shortly.

“Some who won’t have to change their names are the fine Dublin players with good Kerry family titles. Like O’Sullivan, O’Carroll, some half of the Brogans and indeed your own McAuliffe is straight from our ancient winning land.

“If you don’t mind, upon arrival we’ll dispense with monarchical titles "Lord" Mayor. Best to leave that sort of thing to places more befitting, such as a Kingdom, for instance.

“I accept your kind invitation and apologise in advance that I cannot bring our Celtic Crosses with me to show you as we’d need a convoy of 37 carriages to bring them all.

"Also, I look forward to returning your invite. You can get to Kerry easily, just follow Sam down the road when he’s travelling home. He knows the way fierce well, having been down there 37 times, in case I haven’t mentioned it.”