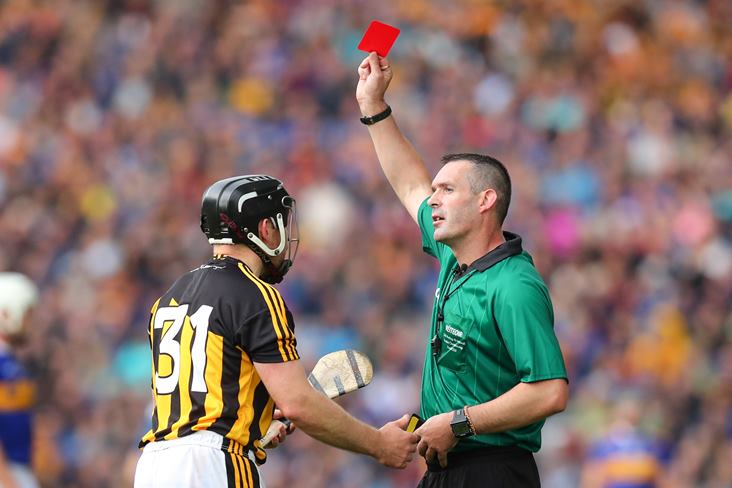 Kilkenny county board are set to launch an appeal against the red card picked up by Richie Hogan in last Sunday’s All-Ireland SHC final.

The Irish Independent reports today that the board are “believed to be lining up an appeal” against the red card that Hogan received on the eve of half-time after a challenge on Tipperary’s Cathal Barrett.

The sending-off carries a one-match suspension which would see the 31-year-old missing the Cats’ 2020 Leinster championship opener.

Manager Brian Cody said after Sunday’s final defeat to the Premier men that he was “amazed” by referee James Owens’ decision to issue a red card for the challenge and it understood that the Kilkenny board and Hogan have discussed the matter informally.