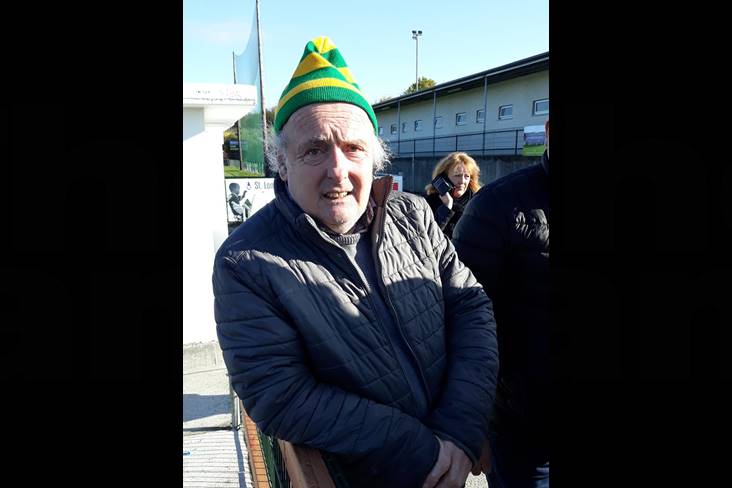 The death has taken place of one of Westmeath GAA's most well-known characters, Ned Flynn from Castletown-Finea.

There was deep sadness throughout the county and beyond on Friday when news started to spread of the passing of Ned after a long battle with illness.

A proud Castletown-Finea/Coole/Whitehall and Castlepollard clubman, Ned was a former chairman and secretary of the county's minor board, and to most people will be fondly remembered for his unrivalled knowledge and infectious enthusiasm for gaelic games that shone through in his work as a commenator on Midlands 103.

Ned, who had a huge passion for football, was also a county board delegate and was presented with a GAA President’s Award by then Uachtarán CLG, Aogán Ó Fearghaíl in 2016. He gave a lifetime of service at club level, becoming assistant secretary of Castletown-Finea/Coole/Whitehall at just 17 years of age and coaching underage teams for almost 50 years as well being a former chairman of his local Castlepollard hurling club.

In a statement, Westmeath GAA paid tribute to the late Ned Flynn who they hailed as "a legendary figure" and thanked him for his "outstanding service" to the county.

Castletown-Finea/Coole/Whitehall GAA, Castlepollard hurling club and a host of other GAA clubs and personalities took to social media to pay their respects to a Westmeath great.

A dark cloud descended over Castletown Finea Coole Whitehall (CFCW) with the news this morning of the passing of our...

💔It is with a very heavy heart that we must say good bye on this dark day to a wonderful mentor and friend. Ned Flynn...

A sad day with the passing of my long-time Midlands 103 colleague Ned Flynn.

Ned gave a lifetime's service to Castletown/Finea/Coole/Whitehall, Castlepollard, and Westmeath.

But what I'll truly miss is his razor-sharp wit and a man who was good to a young broadcaster. RIP pic.twitter.com/P6aZurFLgb

Saddened to hear of the passing of Ned Flynn, a true Westmeath GAA gael. His loss to his native club Castlepollard is truly enormous. He was a great man who epitomised the spirit of GAA throughout the lands of Westmeath and beyond. #GAA #gaalegend #RIP #Westmeath #Castlepollard

A true legend who did so much for so many youngsters in North Westmeath. You will never be forgotten. RIP Ned 💙💛 https://t.co/sHsbt7uir8

When John Heslin came out to present medals to the St. Michael's under 15s in 2019 he said "when Ned Flynn asked me to...

Very sad news this morning with the passing of Jimmy McDonnell, Ballinderry, Kilbeggan and Ned Flynn, Finea. Jimmy was...