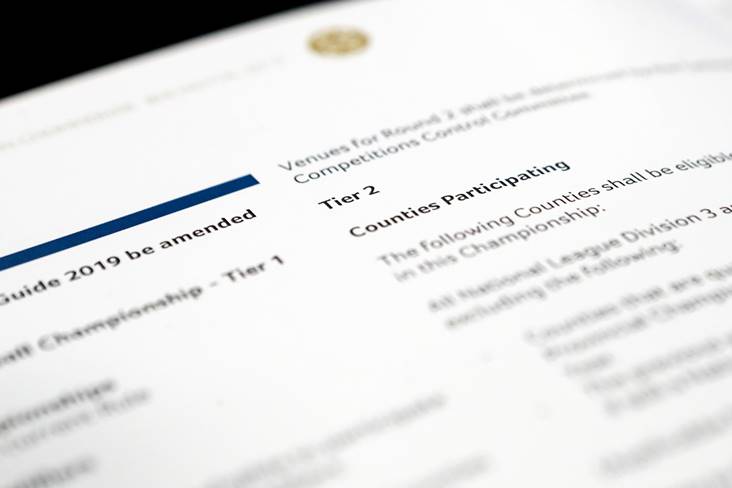 Here’s some of the twitter reaction to the introduction of a Tier 2 competition next summer and it’s mostly negative! The advanced mark isn’t everybody’s cup of tea either…

Tier 2 passes ? 🤔🤔 if I’m honest it’s a complete joke. Would like to see the list of county boards who went for it. #laughable

An advanced mark is not needed in our game. Gaelic football is now a hybrid game, nearly more aussie rules than Gaelic football now. Not the game i grew up playing. No wonder the aussies c our young players as easy prey. More will leave our game to go to oz.

What are we turning the game into?? Do we want to play Aussie rules or Gaelic Football? https://t.co/fYRajPRRgr

Don’t like the idea of a two tier football championship. I wonder how many county players actually had a say on how their county board voted. I would imagine very few.

Lads people are barely watching GAA on the tv until all Ireland semi final/final so a text saying there is a good chance tier 2 semi will be on Rte matters naught. won’t be a sinner in attendance either sure 👌

Its not football anymore.. forward mark now..more AFL than anything.. its actually non contact AFL

Surprised the advanced mark was passed at special congress today. Great new opportunity for coaching innovation on attacking strategies. However will put further pressure on already overloaded referees. Makes the argument for 2 referees even more compelling.

This should be good - Laochra Gael features Shane Curran tonight