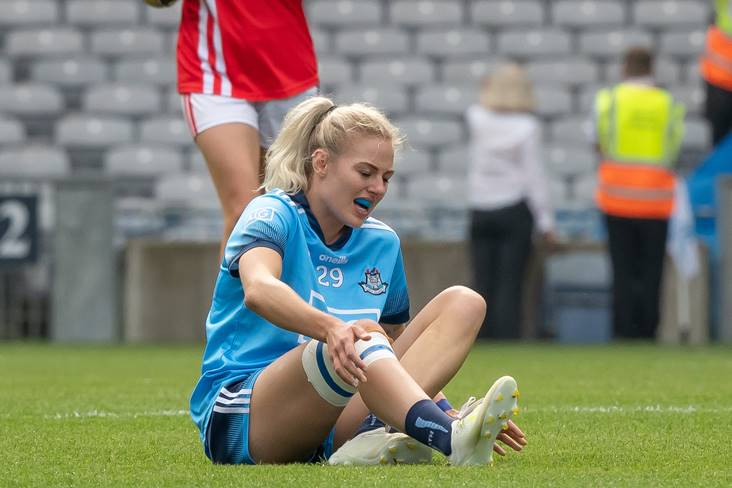 Dublin All-Ireland winner Nicole Owens expects to be back in time for next year’s TG4 Championship campaign after she claimed her third Brendan Martin Cup win.

The 26-year-old former All-Star watched on from the sidelines as Mick Bohan’s side were 2-3 to 0-4 winners in front of a record 56,114 attendance at Croke Park on Sunday.

Owens suffered a ruptured ACL in her right knee and had to have surgery after she departed injured against Cork in the All-Ireland semi-final.

The St Sylvester’s forward did most of the damage prior to Dublin’s round robin victory over Monaghan on 27 July.

“It is a crappy injury and something that is a bit more prevalent these days,” said Owens.

“It needs rehab now. The work will get done in the pre-season and I am hoping to be back on the pitch for championship next season.

“It was tough for me but the same as anyone who didn’t get on the final and would have hoped to. We have had a few bad injuries.

Owens, who made her Dublin debut against Cork in 2012, was thrilled to see her teammates earn their own share of history in a brilliant weekend for Dublin football.

“It is funny because I was around for the three before that we lost. At one point I didn’t think I would even get one,” said Owens.

“It has been great to see the momentum shift, and this team grow and mature. It is something I couldn’t have conceived in 2016 when we had just lost our third in a row.”