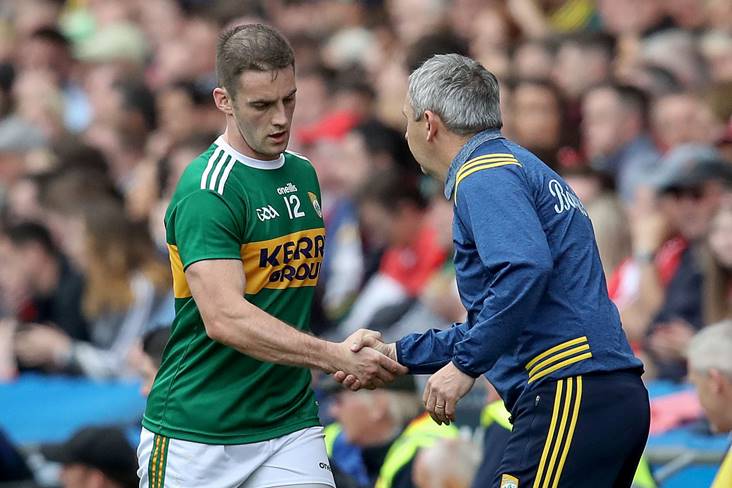 Kerry county board chairman Tim Murphy says they hope to learn whether or not Stephen O’Brien will be eligible for the All-Ireland SFC final in “the next three or four days”.

After scoring a match-winning 1-2, O’Brien picked up his third black card of the season in the latter stages of last Sunday’s semi-final victory over Tyrone and, as it stands, is ruled out of the showdown with Dublin on September 1st as a result of the accumulation of offences.

Kerry are set to appeal against the black the Kenmare man received against Meath in the Super 8s earlier this month and Murphy is hopeful the issue will be resolved well within a week.

“So the way that process works is a charge is proposed and is communicated to ourselves in Kerry,” the chairman said on Kerry Radio.

“We received that now and we’re in the process of compiling the appeal. What will happen then is Stephen (O’Brien) will be called to a hearing, we’ll make our case and a decision will be made accordingly after that.

“I would hope within the next three or four days at the very, very most, I think it should be resolved.”