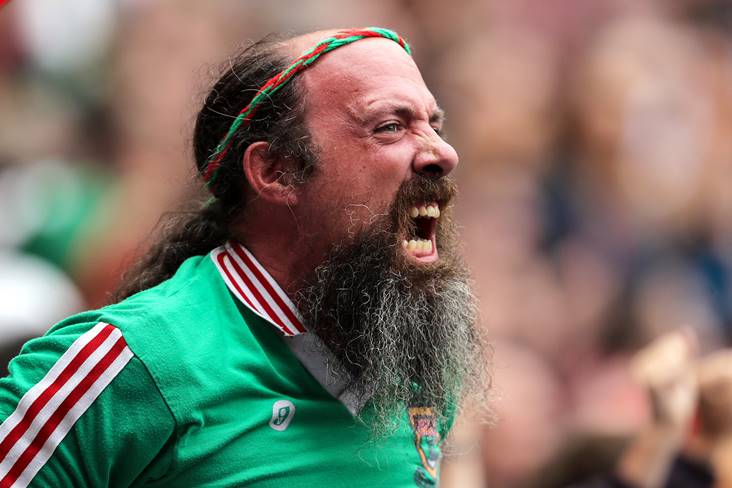 “The half-time message to be honest was just keep doing what you’re doing. And I suppose that was the learning of that first half, they showed great adaptability to the game."

Whatever was said in the Dublin dressing room at half-time, it clearly worked and Jim Gavin was full of praise for his players after their comeback victory over Mayo.

"A team like Dublin are always going to come at you and they really came at us. We were on the ropes and we didn’t deal with it well."

Mayo manager James Horan saw his side outclassed by the All-Ireland champions in the second-half.

"The first half was very tactical. We kicked a lot of wides, which didn't help our case. The second half was much better."

Peter Keane was an understandably happy man after guiding Kerry to their first All-Ireland SFC final in four years and his first year in charge at Tyrone's expense.

Referee Maurice Deegan's performance came in for criticism from Mickey Harte who felt his Tyrone team were hard done by.

“It must be said that Mayo’s surrender was total and abject. No doubt, the players will be meeting in the clubrooms somewhere in the county over the next few weeks to write James Horan’s resignation letter."

The outspoken Joe Brolly didn't hold back in his latest assessment of the Mayo players.

"We would just use Kerry as a yard stick, the way they play. So, no, five-in-a-row or six-in-a-row, that was for the media, we didn't get into that."

"The All-Ireland semi-final has yielded the attendance of 33,848, for me alarm bells are ringing."

Yesterday's low turnout at Croke Park is down to Dublin's dominance of gaelic football, according to Derry's Chrissy McKaigue.