"I think we have to be positive about it" 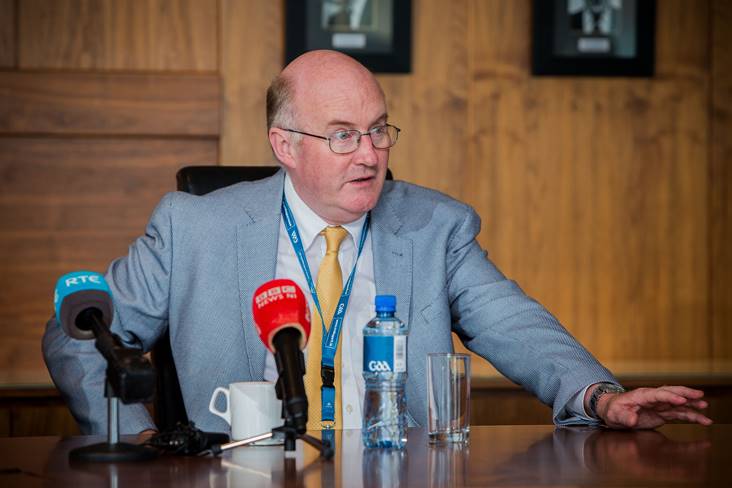 GAA president John Horan says fans must be positive about the latest Covid-19 guidelines which will allow spectators to return to games at limited numbers.

Yesterday the government announced its new ‘Living with Covid’ plan, which will allow 200 spectators to attend games in venues with the capacity to host crowds of 5,000 or more, while smaller grounds will be allowed to permit 100 people.

Horan says he is hopeful that those numbers will be allowed to increase next month.

"I think we have to be positive about it," he told RTÉ Sport. "It's not exactly what we wanted, but it is a move in that direction.

"We did submit a plan to the Government in July, outlining what we felt was a pathway to actually resolve the attendance at matches and it follows some of that pattern for us.

"I think our membership need to embrace it as it is, I think they need to be responsible too – we are still in a pandemic and the numbers are worsening, so we need to be careful.

"But I honestly believe if we comply and deliver on this, come October we hopefully may see an increase in numbers."