Callanan crowned Hurler of the Year 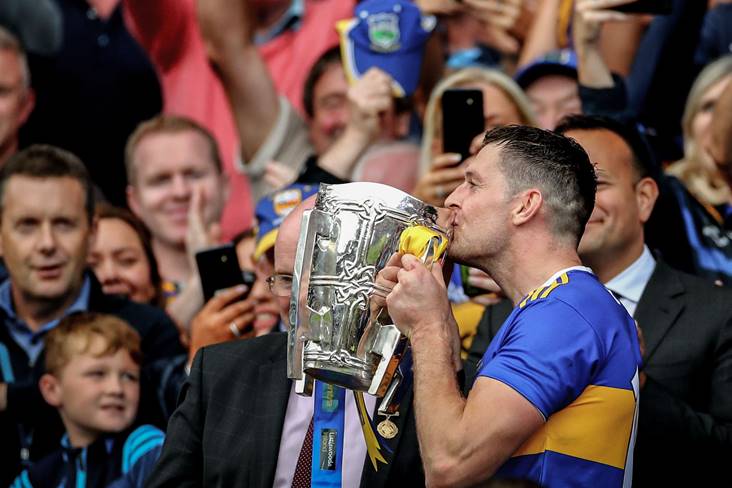 Tipperary's All-Ireland winning captain Seamus Callanan has been crowned PwC GAA/GPA Hurler of the Year for 2019.

It is the first time the 31-year-old Drom-Inch man has won the prestigious award having came so close three times in the past.

Callanan, who was previously nominated for Player of the Year in 2014, '15 and '16, edged out Cork's Patrick Horgan and Kilkenny's TJ Reid to take home hurling's top honour at this evening's banquet in the Convention Centre.

The third Tipperary player to claim the prize, the full forward was outstanding throughout the championship as Liam Sheedy guided the Premier County to the All-Ireland title in his first year back in charge.

Callanan found the net in all eight of Tipp's championship games this year and also became the county's highest goal-scorer back in June when he surpassed Lar Corbett's record of 29 goals.