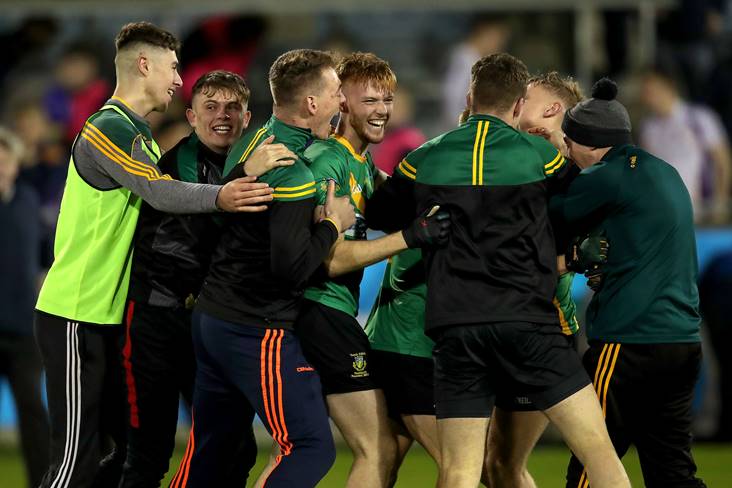 TG4 have announced their pick of GAA club action for this weekend, with county finals from the current residences of both Liam McCarthy and Sam Maguire.

The live game will be the much anticipated Dublin Football Final. Ballyboden St. Enda's have been fancied all year and they earned their place in the final on Saturday night after beating St. Judes. They will be relying on Michael Darragh MacAuley to continue his form in midfield and the Basquel brothers, Ryan and Colm, will continue to lead the attack. Their opponents are one of the stories of the year. With no marquee names, Thomas Davis were not bookies favourites to make the showpiece, but another sensational performance at the weekend disposed of Kilmacud Crokes and leaves the Tallaght side on the brink of a first county title since they completed a 3-in-a-row in 1991.

The deferred game will be the Tipperary County Final between Borrisoleigh and Kiladangan. Borrisoleigh, and it will be a historic day no matter what the result.  Brendan Maher's Borrisoleigh reached the final two years ago but have not been successful since 1986. Their opponents Kiladangan have never won a senior title and their only final appearance was in 2016.

GAA Beo will be presented as always by Micheál Ó Domhnaill, with commentary by Brian Tyers, and Mac Dara Mac Donncha. Dublin star Ciarán Kilkenny will be among the analysts, along with Coman Goggins and Cathal Moore

Live on the Spórt TG4 YouTube Link: www.youtube.com/sporttg4 from the GAA Centre of Excellence in Abbottstown, Dublin.

The Shinty-Hurling International Series is a competition played annually between the Ireland national hurling team (selected by the GAA) and Scotland national shinty team (selected by the Camanachd Association). The series is conducted according to the rules of Shinty/Hurling, which is a hybrid sport consisting of a mixture of rules from the Scottish sport of Shinty and Hurling.

The Irish team will be hoping to win on home soil after last year’s match in Bught Park, Inverness was won by Scotland on a scoreline of Scotland 1-11  Ireland 1-9.