How Twitter reacted to the All Star football nominations 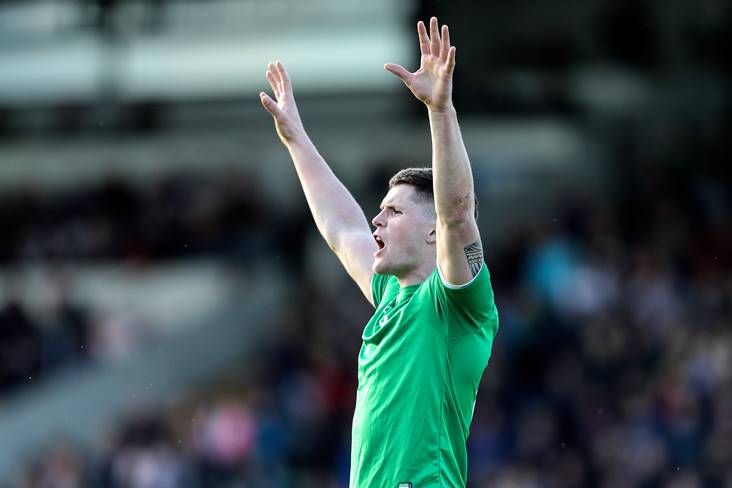 Here's what people have been saying on Twitter about the All Star football nominations, and there are plenty of talking points...

Congarts to @iaincorbettt on his All Star nomination. First Limerick man to be short-listed since John Galvin in 2010 👏👏. @NCWGAA @LmkFootballers#GAA #Limerick

People giving out about lads getting nominated for All Stars because their county didnt have a long championship. Ridiculous. It is and should always be based on the whole year including the league (the better competition in my opionin). #gaa

The best full forward in Armagh club football nominated as a defender in the GAA pwc All Stars. Another great achievement for @AidanForker 👌🏽 pic.twitter.com/OTw73OSAhG

Seven Cavan players in the All Star nominations. Some change in a year. Congratulations to them. #GAA #pwcallstars #cavangaa

Massive congratulations to Bill Maher on receiving an All Star nomination. Thoroughly deserved for his great performances throughout the year. Well done also to Conor Sweeney, Kevin Fahey and Colin O'Riordain who also received nominations 👏 pic.twitter.com/2dLMSCrOk5

Best of luck to Paddy and all the other nominees from Mayo pic.twitter.com/RAtkVlTcW1

Sean Kelly not even nominated for an All Star when he marked McShane, Michael Murphy(scoreless from play) O’Shea(scoreless). I know they’d one champo game but he’d a great year #allstars #gaa

Granted, it's easy to pick holes in All Star nominations but can't get my head around Jonny Cooper's omission. I thought he was Dublin's best defender, bar John Small, this year. Maybe someone who's more appreciated by team mates? Either way, I still think it's a howler.

Great to see @CavanCoBoardGaa getting 7nominations but how did they leave out @KiernanOisin and @LukeFortune66. In my opinion
Luke was in the mix for young player and oisin outstanding in every single game kicking 12points from wing forward from play! #PwCAllStars

Justice for Meath that Jordy Morris and Oisin Kiernan didn’t get nominated for an All-Star especially when you see Clifford and S.Walsh on the list.
Hope Cillian O’C wins POTY just so next years David Hickeys pre All-Ireland Final article will top this years one.