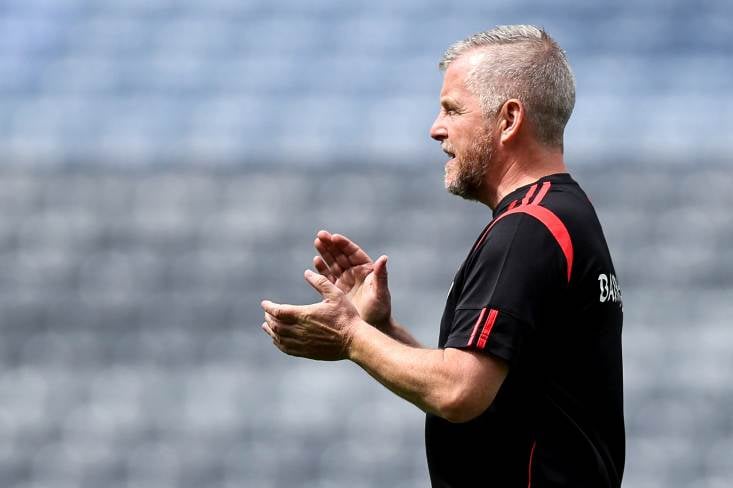 Roscommon will play Tyrone in next weekend’s Nickey Rackard Cup final after both teams picked up wins in their respective fifth round encounters today.

The Rossies were too good for Fermanagh in Enniskillen as they recorded a 3-25 to 2-15 win to book their ticket to Croke Park.

Eoin Fitzgerald’s goal on the half-hour mark helped the visitors go in with a commanding 1-17 to 0-7 lead.

Fermanagh got a goal back early on in the resumption but there was no stopping the Connacht men once Adam Donnelly fired in their second and they’d be home and hosed once Cathal Dolan hammered in number three with 12 minutes to go.

Tyrone are now set to battle it out with the Rossies next weekend after overcoming Donegal by 1-22 to 1-19 in Carrickmore.

Talisman Damian Casey netted an early goal for the Red Hands that saw them controlling much of the first-half as they took in a 1-11 to 0-8 lead.

The lead was stretched to eight within four minutes of the restart before Richie Ryan’s kicked goal in the 42nd minute help stop the rot for Donegal.

The visitors would go to level the game on 1-18 apiece with eight remaining and from there Tyrone were able to steady the ship with a couple of points from Casey to see out their victory.

The day’s other game in the competition saw 10 goals struck at Pairc na hEireann as Armagh defeated Warwickshire by 5-27 to 5-16.

The Orchard men struck all five of their goals in the first-half, with Danny Magee hat-trick contributing a hat-trick for the visitors.

To their credit, Warwickshire did not go down without a fight as they netted three goals in the second-half to take some tarnish off the score-line.

It was a busy day in the Christy Ring, Nickey Rackard, and Lory Meagher Cups