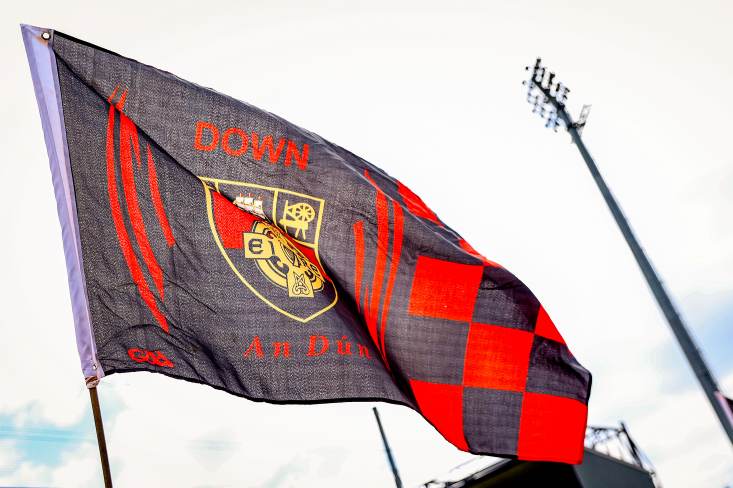 Down are All-Ireland U20 ‘B’ hurling champions after making their goals count in a 2-15 to 0-15 victory over Roscommon this afternoon at Kingspan Breffni.

Ballygalget club mates Michael Dorrian and Oisin Coulter netted the second-half strikes that ensured the Richie McElligott Cup was headed back to the Mourne County.

It was Roscommon that led 0-9 to 0-7 at the halfway stage of this decider, having played with the wind at their backs for the first half-hour in Cavan Town and the points of Ryan Conlon and Adam Donnelly take in a two-point lead.

Mikey Lohan and Paddy Fallon doubled the lead early in the restart for the Rossies but on 38 minutes Dorrian buried in the rebound of his own initial shot for the first goal of the afternoon.

Roscommon drew matters level by the 47th minute but a point from Eoin Pucci nudged Down back in front and Coulter’s goal with 10 minutes to go would seal the title.