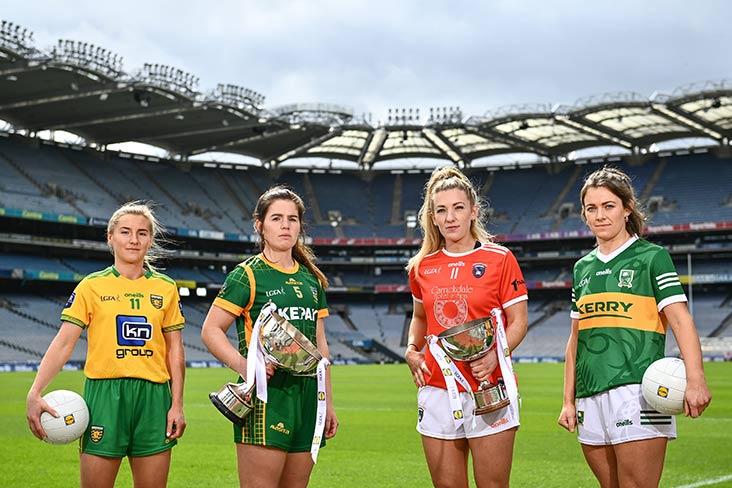 The Teams of the 2022 Lidl Ladies National Football Leagues have been revealed – with champions Meath leading the way in the Division 1 selection.

The players on each of the four divisional teams were chosen by the LGFA’s All Star committee, and the Division 1 selection contains players from four counties.

Meath’s march to a very first Lidl National League Division 1 title has been rewarded with the inclusion of seven players on the top flight selection.

Beaten finalists Donegal have four players honoured, 2021 winners Dublin have three players in the team, while there’s one player from Mayo on the selection.

There are three survivors from the 2021 Lidl NFL Division 1 Team of the League named again in 2022, with Donegal pair Evelyn McGinley and Karen Guthrie honoured along with Dublin’s Hannah Tyrrell.

Joining McGinley and Guthrie on the team from Donegal are Nicole McLaughlin and team captain Niamh McLaughlin, while Leah Caffrey and Orlagh Nolan are the other Dublin players acknowledged.

When Meath won the Division 2 title in 2021, they had eight players selected on the second-tier selection, including McGuirk, Troy, Wall and Duggan.

In the 2022 Division 2 selection, Finalists Kerry and Armagh have six players each named.

Players from champions Roscommon, runners-up Wexford, Down and Kildare are included in the Division 3 team.

The Rossies have six players named, including captain Laura Fleming, and there are four Wexford players in the selection.

Kildare, beaten semi-finalists, have three players selected, while Down, who also reached the last four, have two players in the team.

Runners-up Limerick have four players on the team, as beaten semi-finalists Fermanagh have three players included.

Leitrim, who also lost out in the last four, have two players on the 2022 selection.

The players will receive their awards at Croke Park on Friday evening, May 6.