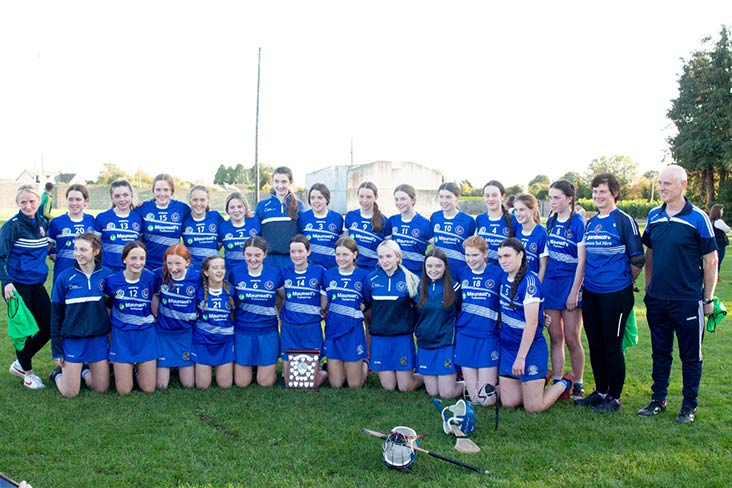 The Tullamore squad that won the Offaly Camogie Feile

Given the knock on effects of the Covid pandemic where there was no opportunity to host it last year it was decided to make the Feile event available to Under 15s rather than the customary Under 14s.  The festival of camogie was held in two venues with the Division 1 matches being played in Kilcormac and Division 2 and 3 being played in Kinnitty.

In Kilcormac, St Rynagh's, Birr and Tullamore each played a round robin set of fixtures in Division 1, resulting in Tullamore facing St Rynaghs in the Final with Tullamore winning a closely fought final and winning by a solitary point.

Also in Kinnitty in Division 3 the hosts played Kilcormac/Killoughey and St Cillians with the later two playing each other in the final with St Cillians coming on on top to claim the Division 3 title.