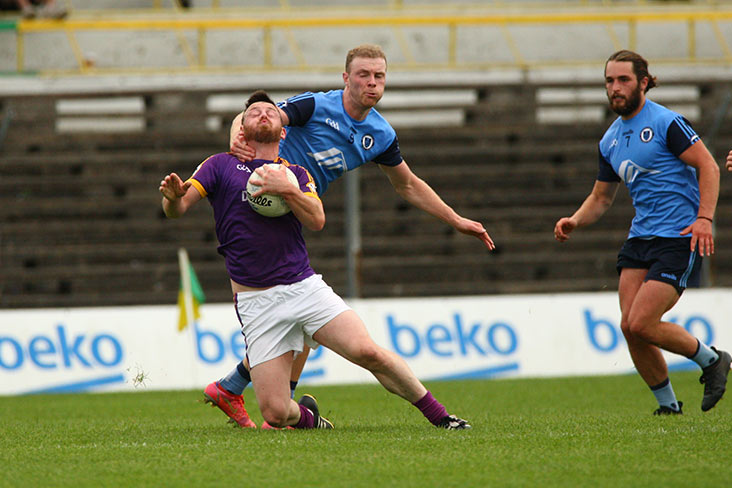 Simonstown Gaels had no answer to a dominant Wolfe Tones side in this Meath senior football championship round 2 clash played in ideal conditions at Pairc Tailteann.

Michael McDermott’s charges got a great start and were 0-5 to 0-1 to the good at the first water break.

Cian Ward got the scoreboard working with two pointed frees, Saran O Fionnagáin added another before Simonstown opened their account through Padraig McKeever. The impressive Thomas O’Reilly added two more points to the Tones tally before the first break.

Aaron Chinchilla narrowed the gap early in the second quarter but Tones finished out the half in style with a goal from Tom Gavigan and points from Niall O’Reilly, O Fionnagáin and Stephen Sheppard to go in at the break 1-8 to 0-4 in front.

Simonstown’s introduced Shane O’Rourke after the break and that brought renewed life to their challenge. McKeever narrowed the gap with three points but an inspirational Conor Sheppard score just before the second water break settled the Tones for the remainder of the game.

A McKeever brace was sandwiched inbetween points from O Fionnagáin, Cian O’Neill and Thomas O’Reilly. Padraic Diamond extended the lead before Cian Ward converted a penalty to complete a comfortable win for the Tones.