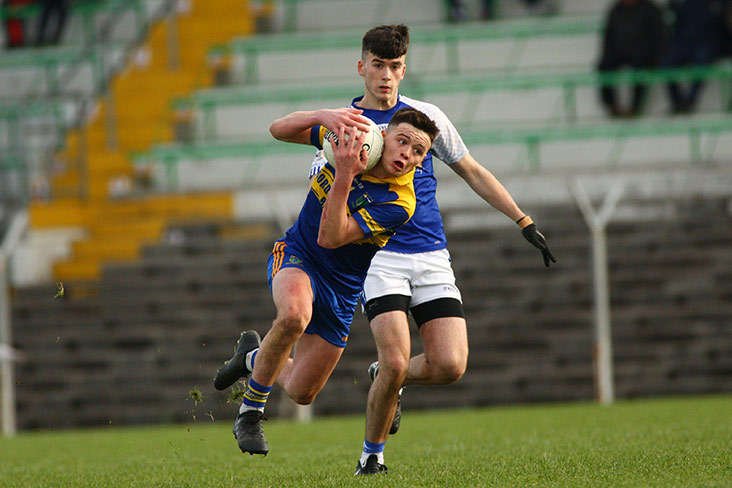 Amazingly the first score in this game proved to be the crucial one, Luke Moran found the Oldcastle net after seven minutes. Jamie O'Shea extended the Hills lead minutes late from a free. Oldcastle responded with a brace from Colin Hawdon. The Meath minor added another two before the break as the teams went in level 1-2 to 0-5.

They were still tied after ten minutes of the second half. County Under 16 star Pearse Sheridan and Summerhill full forward Eoghan Frayne each raised two white flags. Within the next five minutes Oldcastle were in front thanks to two fine points from Oran Mulvaney and Darren Connell.

Jamie O'Shea and Frayne was beginning to assert their influence on the game and Frayne's four points along with a fine effort from Moran before the 30 minute mark pushed Summerhill ahead by two. Oldcastle were reduced to 14 when referee Owen Ganly dismissed Darragh Reilly on 2 yellow cards. In a very tense four minutes of injury time Hawdon narrowed the gap to one and the north Meath side had a chance for a leveller but Sunmmerhill cleared and held on for the win.