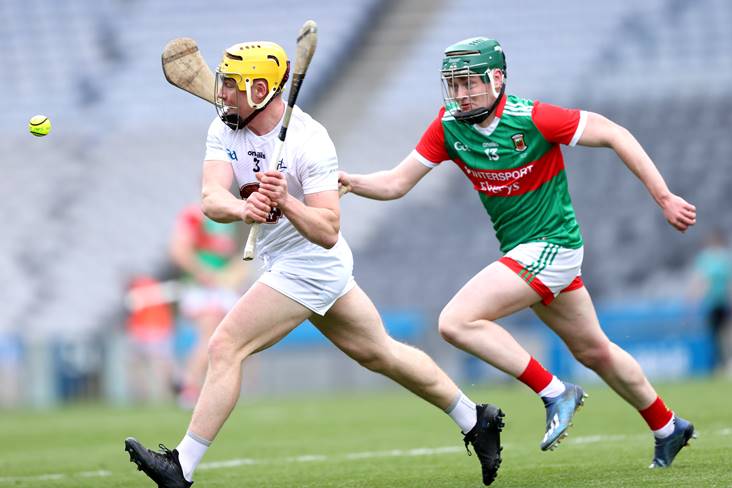 The Lilywhites justified their odds-on favouritism to collect a second title in this competition under David Herity, romping to a 2-29 to 0-19 victory over last year's Nickey Rackard Cup champions at Croke Park this afternoon.

The winners dominated the first-half as goals from Naas clubmates Brian Byrne and Cathal Dowling in the ninth and 30th minutes, respectively, had them coasting by 2-17 to 0-8 at half-time.

The 15-point interval deficit could have been worse for Mayo, for whom Shane Boland top scored for with 0-10 (seven frees), only for some good defending from full-back Stephen Coyne to deny Kildare a third goal.

Gerry Keegan gave an exhibition of scoring and notched his eleven point from play after the break as the Lilywhites showed no signs of letting up.

James Burke was also prolific in front of the posts for Kildare, registering 0-10 (eight frees).