Branagan and Hutchinson named Club Players of the Year 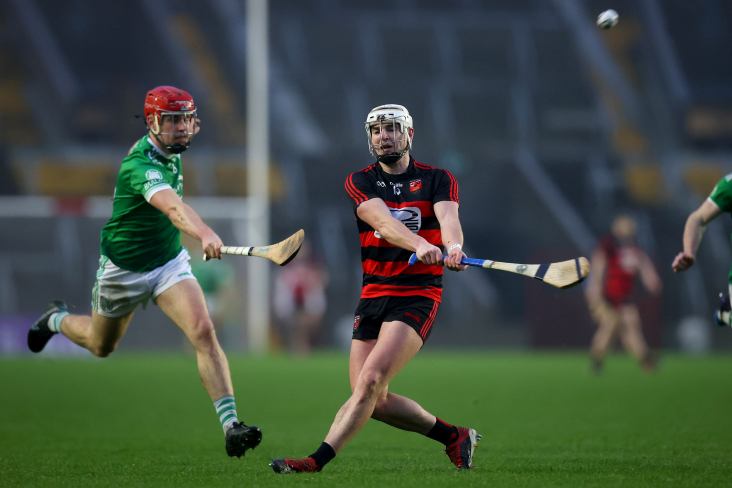 Kilcoo's Eugene Branagan and Ballygunner’s Dessie Hutchinson have today been officially announced as the AIB GAA Club Footballer and Hurler of the year in recognition of their outstanding exploits in their victorious 2021/22 club campaigns.

The news comes as the full football and hurling team lists for the AIB GAA Club Player Awards were unveiled in Croke Park and where the All-Ireland champions were strongly represented, Kilcoo claiming seven slots and Ballygunner also seven.

Kilcoo dynamo Branagan was instrumental at ensuring that the Down champions steady progress in recent years finally saw them reach the Promised Land of All-Ireland glory after a titanic struggle with Kilmacud Crokes. His all-action style and ability to be in the right place at the right time made him an invaluable resource for the club football kingpins.

Dessie Hutchinson’s sensational form since his return to hurling lit up the club championship once again as this live wire attacker so often proved unmarkable, and his direct blistering pace and keen eye for scores also helped Ballygunner ditch any fears of them staying nearly men. He was also a previous winner at corner forward in the 2020 team.

The overall players of the year were presented with their awards by Uachtarán CLG Larry McCarthy who said: “I sincerely congratulate Eugene and Dessie and all of the players who have been announced today.

“The AIB GAA Club Championship is a gift that keeps giving. Every year, without fail, we are treated to great games and great stories of clubs producing heroics for the glory of the communities and the people they represent. Since this awards scheme was initiated in 2018 it has allowed us to pay tribute to the outstanding performers who made particularly memorable contributions.

“I look forward to another successful club championship being held in every county starting later this summer and I want to thank AIB for their long-standing support of these iconic competitions.”

After a hurling campaign that was dominated by the power plays of Ballygunner and Ballyhale Shamrocks, the Waterford and Kilkenny champions claim 12 of the overall team places between them. It is Ballygunner who edged the votes with Stephen O’Keeffe again selected as the best club hurling goalkeeper.

Denied in a dramatic finale, Ballyhale are represented by full back Joey Holden, centre back Richie Reid and wing back Darragh Corcoran, while TJ Reid is named at centre forward and Eoin Cody completes the full forward line.

The final 15 is competed by awards for Slaughtneil duo Cormac O’Doherty in midfield and full forward Brendan Rogers in recognition of their high calibre campaigns while St Thomas’s defensive lynch pin Fintan Burke lands a deserved award for the Galway champions.

In football, Kilcoo goalkeeper Niall Kane was the unanimous choice, and he is joined in defence by Ryan McEvoy, Miceal Rooney and Daryl Branagan.

Eugene Branagan was a credible choice in a multitude of positions such was his roving role and influence, but he is named at left half forward and in doing so completes an impressive all-Kilcoo three quarter line with Ceilum Doherty and Jerome Johnston.

Veteran Kilmacud Crokes star Rory O’Carroll is named at centre back and is joined by three more colleagues from the Stillorgan club in the versatile Dan O’Brien, strong running Craig Dias and forward star Dara Mullin.

Cork and Munster champions St Finbarr’s have had their memorable march to the All-Ireland semi-finals recognised in awards for Sam Ryan in the full-back line and in full-forward Steven Sherlock.

The teams were selected by a panel of national Gaelic games correspondents from across, print, broadcast and digital media.