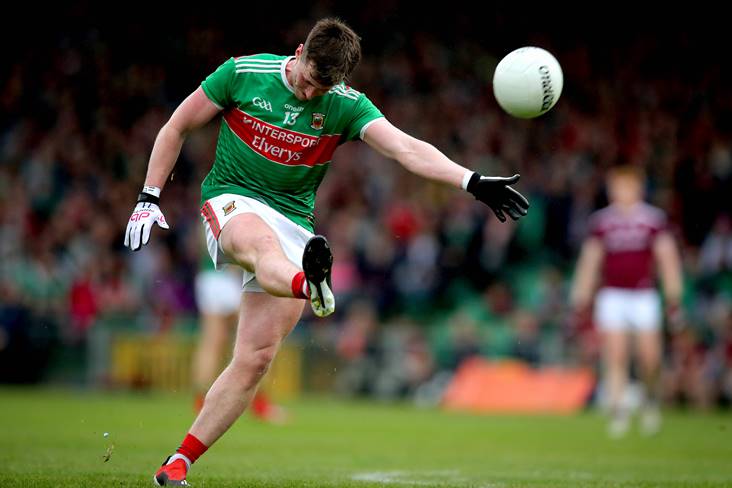 Cillian O’Connor is set to make his first start of 2022 for Mayo when they meet Galway in tomorrow’s Connacht SFC quarter-final in Castlebar.

The Ballintubber ace came on for the Connacht champions earlier this month when they lost out to Kerry in the Allianz League Division 1 final.

It marked O’Connor’s first appearance for Mayo since suffering an Achilles tendon injury against Clare last June and he comes in at left corner-forward while Oisin Mullin and Eoghan McLaughlin return to the defence.

On the Galway team, top-scorer Shane Walsh is back in the starting-line up after missing out in the Tribesmen’s Division 2 final defeat to Roscommon.

Throw-in at McHale Park is at 4pm.

Wishing Padraic, the Mgmt Team & Panel the very Best of Luck in the Championship👊#riseofthetribes #gaillimhabú pic.twitter.com/iiA0CiFwbx