O'Connor hoping injury is "nothing too serious" 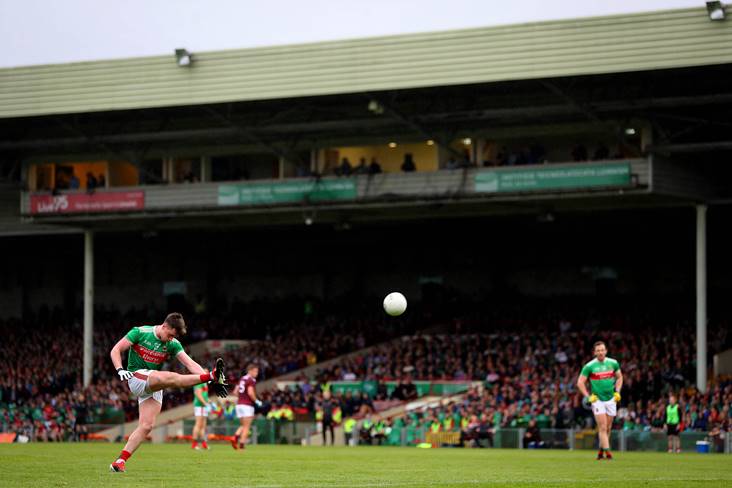 Mayo sharpshooter Cillian O'Connor is hoping his latest injury setback is "nothing too serious".

O'Connor, the championship's all time leading scorer, was a late withdrawal from the Mayo starting line-up in the Allianz League defeat to Tyrone at MacHale Park on Sunday that saw them relegated from Division 1 for the first time in 23 years having suffered a bruised quad muscle.

But the Ballintubber clubman has confirmed his omission against the Red Hands was only a precautionary measure and is confident of being fit for this weekend's Connacht SFC opener against Leitrim in Carrick-on-Shannon.

"It was just a little bang on the quad and I was hoping to play against Tyrone, even after the Galway game. I had a bit of a run around on Saturday the day before just to clear it and it just wasn't 100% right," O'Connor said at AIB’s launch of the 2020 All-Ireland senior football championship.

“So then you have to toss it up, do I play or do I put myself forward to play and take a risk of aggravating something or do I rest and recover? I just went with the medical team and that was the call so it was a bit disappointing.

“You're only back one game and you're missing the next one so it was annoying. Touch wood, it's nothing too serious."