"Teams simply wouldn't have the legs to mark him" 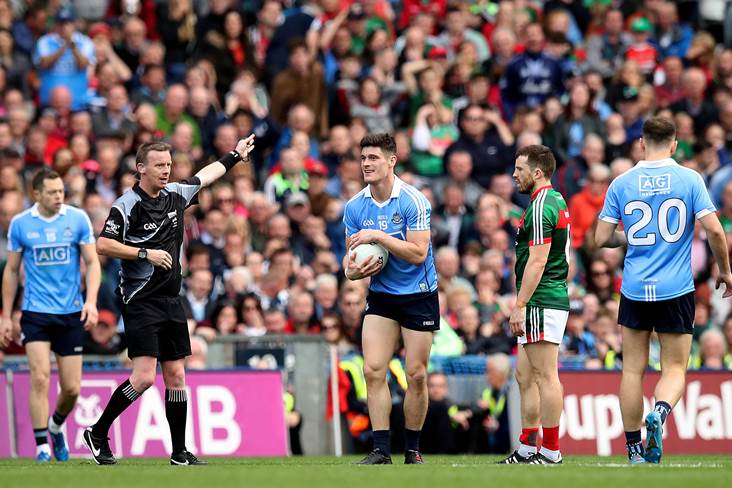 Andy Moran says “the biggest problem” Mayo had in handling Diarmuid Connolly down through the years was when Dublin would use him from the bench.

Connolly announced his retirement from inter-county football at the end of last month after a glittering career which saw him winning six All-Ireland SFC titles with the Dubs.

Mayo’s last three All-Ireland final appearances resulted in losses to the capital men at Croke Park, where Connolly often proved a thorn in their side.

"The biggest problem we would have with Diarmuid Connolly was when he used to come on off the bench," Moran told Off The Ball.

"That was an issue because now fellas are tiring, now we have to look at our bench and see who will come on and go one-on-one with him.

"If you look at the damage Diarmuid has done in All-Ireland finals, a lot of that against Kerry, Mayo and these teams was done coming off the bench.

"Teams simply wouldn't have the legs to mark him or someone to come on and mark him."