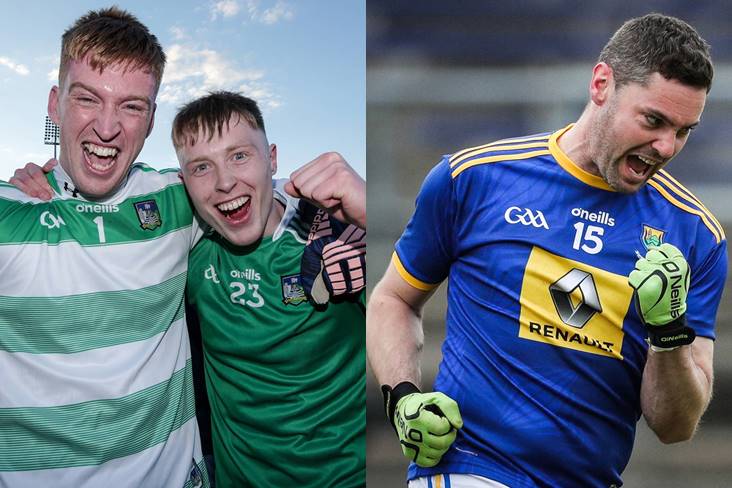 Limerick claimed their third Allianz Football League Division 4 title in 11 seasons this afternoon by defeating Sligo on a 1-16 to 1-14 score-line at Markievicz Park.

Hugh Bourke’s goal after 22 minutes helped the Shannonsiders into a commanding 1-9 to 0-4 lead at the break, but they’d be pushed all the way after a late rally from the home side.

The Yeats men began to gather momentum midway through the second-half as points from Barry Gorman (2) and Sean Carrabine left them with an outside chance.

With seven minutes to go, Pat Hughes hammered to the Limerick net and with the heat on the Billy Lee’s charges hit points via Cian Sheehan and Donal O’Sullivan (2 frees) that steadied the ship and secured them promotion as well as silverware.

At Chadwicks Wexford Park, Wicklow produced the second-half goods to edge neighbours Wexford by 0-13 to 0-10 and claim promotion alongside Limerick.

Mark Jackson’s free and an Andy Maher point saw the visitors lead by 0-6 to 0-4 at the end of what was an even first-half in the difficult conditions.

Mark Rossiter and Ben Brosnan hit the first two points of the resumption to level things up but the Garden men would score the next five unanswered to take control.

Jackson (free), Seanie Furlong (2 frees), Podge O’Toole and Rory Finn made it 0-11 to 0-6 before a Brosnan free stopped the rot for the home side.

Dean Healy and Finn fired over the scores to open up a six-point gap with 10 minutes remaining and, as it proved, there was no coming back for Wexford from their as their neighbours secured the jump to Division 3.

In Dundalk, Odhran Eastwood and James McAuley struck the goals in either half as Antrim recorded a 2-14 to 0-13 win against Waterford.

The game which had originally been forfeited by Waterford over travel concerns to Portglenone, before being rescheduled for the Geraldines GAA club grounds, saw the Saffrons take the points comfortably in the end although they missed out on promotion by a single point.