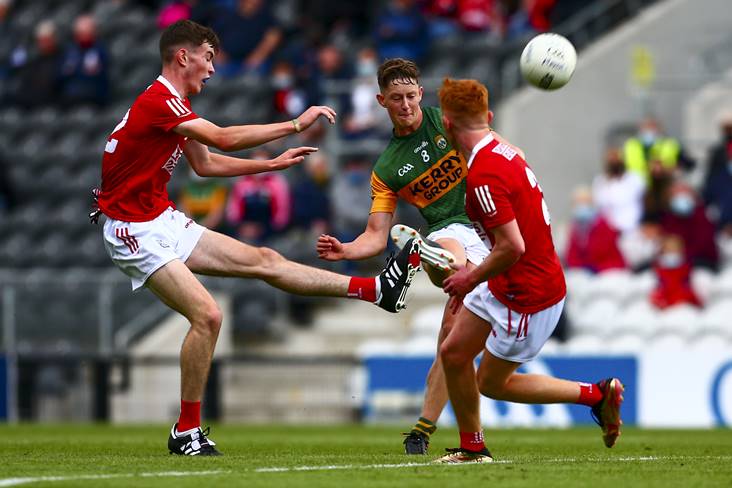 Michael McSweeney scored a crucial first-half goal for the Rebels who brought a halt to the Kingdom's bid for a ninth Munster minor football title in-a-row.

Having trailed by 1-9 to 0-6 at half-time, Eoghan Hassett's goal on the restart brought Kerry right back into contention.

Last year's beaten All-Ireland finalists were still five points down with 10 minutes to go but managed to get within one of their opponents.

However, Cork hung on to book their place in the provincial final against Limerick next Wednesday evening.

It will be the Treaty County's first Munster minor football decider in 23 years after they defeated Clare 3-11 to 0-12 at Cusack Park.

Elsewhere this evening, in the Connacht MFC semi-final, Sligo proved too strong for Leitrim at Markievicz Park, 2-18 to 2-9.

The Yeats County now await the winners of Galway and Roscommon who meet at Tuam Stadium tomorrow afternoon.