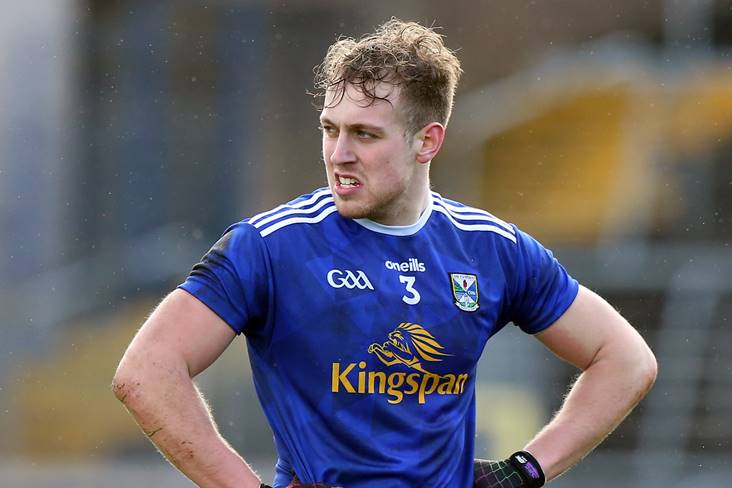 A major setback for Cavan.

Cavan were relegated to the bottom tier of the Allianz Football League after Wicklow earned a surprise 3-11 to 0-18 win over the reigning Ulster SFC champions at Pairc Tailteann.

A brace of goals from full-forward Seanie Furlong in the second-half were enough for the Garden County to secure their Division 3 status.

It means that Mickey Graham's men head into the opening defence of their Anglo-Celt Cup title against Tyrone next month with far from ideal preparation under their belts.

Just three years ago, Wicklow were beaten 2-16 to 1-5 by the same opposition.

Rory Gallagher's Derry succeeded in their bid to return to Division 2, beating Limerick 0-17 to 0-13 in today's promotion battle at Carrick-on-Shannon.

Offaly sealed promotion to join the Oak Leafers in the second division in 2021 thanks to Mark Abbott's late goal against 14-man Fermanagh.

At Pairc Ui Chaoimh, Cork survived relegation after a high-scoring 3-22 to 0-25 win over Westmeath kept them in the Division 2 ranks for another year.

The Rebels scored three second-half goals courtesy of Mark Collins, Luke Connolly and substitute Brian Hurley to down the unlucky Lake County who went in at the break 0-14 to 0-12 in front.

Westmeath will make the drop with their upcoming Leinster quarter-final opponents Laois who fell to a 2-19 to 2-12 defeat at the hands of Down in Newry.

Relegated: Cavan and Longford or Tipperary