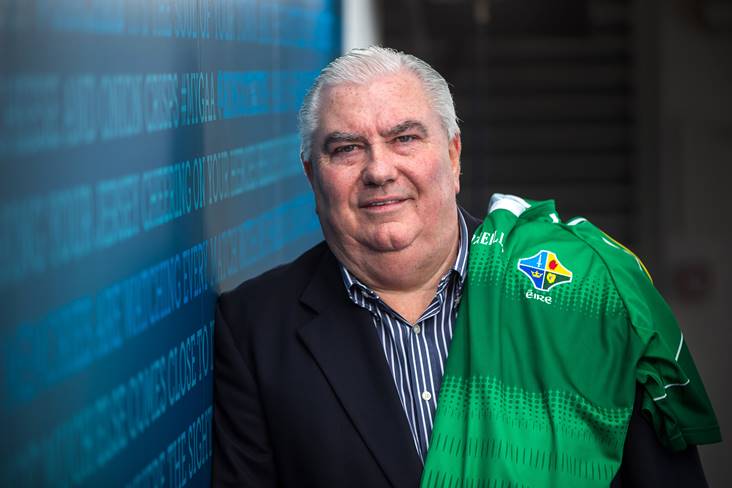 Joe Kernan and Liam Griffin will tonight (Friday, October 25) be inducted into the Gaelic Writers’ Association (GWA) Hall of Fame.

In addition, Dublin’s Jack McCaffrey has been selected as the 2019 Football Personality of the Year with Tipperary’s Brendan Maher winning the hurling accolade.

Journalist Martin Breheny will also be amongst those honoured at Dublin’s Iveagh Garden Hotel, the Galway native receiving the GWA Lifetime Achievement Award.

And the PRO of the Year accolade is also going west, with Leitrim’s Declan Bohan the recipient.

Joe Kernan led Armagh to their first and only senior All-Ireland title in 2002, while as a player he won two All Stars, three Ulster titles, and lined out for the county in the 1977 All-Ireland decider against Dublin.

Kernan first made his mark on the national stage as a manager when he led Crossmaglen to their maiden All-Ireland club title in 1997.

The South Armagh side followed this up by going all the way again in 1999 and 2000 with Kernan at the helm.

Kernan would later go on to manager Ulster at Railway Cup level, and Ireland in the International Rules series.

Liam Griffin is most widely associated with Wexford’s 1996 All-Ireland triumph, their first title at that level in 28 years. It still remains their last Liam MacCarthy Cup win.

That season’s Leinster title win was Wexford’s first in 19 seasons as Griffin turned the county’s fortunes upside down.

Griffin played for both Wexford and Clare senior sides and also has the distinction of managing his county at senior level in both codes.

Off the field, Griffin is a renowned hotelier, was an important member of the committee which came up with the Christy Ring and Nicky Rackard Cups, and has been a leading voice in the Club Players Association (CPA).

The Hurling Personality of the Year Award goes to Tipperary’s Brendan Maher, who defied the odds this year to bounce back from a ruptured cruciate knee ligament.

Maher (30) forced his way back into the Tipp side and showed his full range of talents by performing key roles in the full-back and half-back lines as the Premier men regained the All-Ireland title.

The holder of three All-Ireland senior medals, Maher has been a key member of the Tipp side, since making his senior debut back in 2009, and remains one of the leaders of the team.

Next week he lines out in the Tipperary county final for Borris-Ileigh.

The Football Personality of the Year Award goes to Jack McCaffrey, who again produced it on the big days for Dublin, as they landed an unforgettable All-Ireland five-in-a-row.

McCaffrey put in one of the great All-Ireland final displays in the draw with Kerry, scoring 1-3 from defence.

That made it consecutive man-of-the-match All-Ireland final performances - a unique achievement, following a huge display against Tyrone in the 2018 final.

The 2015 Footballer of the Year, who works as a doctor in the Temple Street Children’s Hospital, has also been nominated for that award again this year.

This year’s GWA Lifetime Achievement Award goes to Martin Breheny, who is the Gaelic Games Editor at the Irish Independent.

In a distinguished career, Breheny, from Kilkerrin in Galway, has covered 101 All-Ireland finals, starting out in 1971, as well as four Olympic Games and multiple world boxing title fights.

Breheny joined the Tuam Herald in 1975, going on to the Irish Press in 1979 and then Ireland on Sunday and the Sunday Tribune, before joining the Independent in 2000.

Breheny has co-written the autobiographies of a number of leading figures in the game, including Mick O’Dwyer, Brian Cody, Cyril Farrell, Joe Kernan, DJ Carey and John O’Leary.

Bornacoola man Bohan has put in a lifetime of work with his club, between playing and coaching, and with the Leitrim County Board, where he has served for almost 30 years in a variety of roles.

The principal in Bornacoola National School is a former ‘Leitrim Guardian Personality of the Year,’ and is currently on the GAA’s Central Hearings Committee (CHC).

Bohan’s co-operation and professionalism in dealing with the media sets him apart, and was apparent again in Leitrim’s run to this year’s Division 4 final, and their Lory Meagher Cup win.