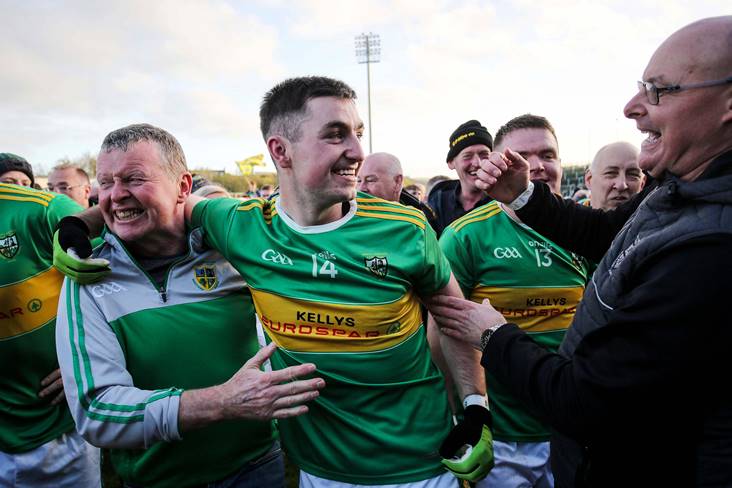 The last county senior champions for 2021 will be crowned in Galway and Kerry on Sunday, as the provincial club football and hurling championships take centre stage.

The biggest crowd of the weekend is expected at Austin Stack Park tomorrow for a mouthwatering first all-Tralee Kerry SFC final between Austin Stacks and Kerins O'Rahillys in 85 years. While down the way in Killarney, Dr Crokes - beaten by O'Rahillys in the semi-final - find themselves in a relegation final against neighbours Legion - that game will be played at noon in Fitzgerald Stadium.

St Thomas' are on a mission to create their own bit of history by becoming the first team to win four successive Galway SHC titles since the 1960's as they face Clarinbridge in the delayed decider at Pearse Stadium.

TG4 cameras will be in Celtic Park for Glen's Ulster club SFC meeting with Monaghan champions Scotstown. Glen of course are managed by Malachy O'Rourke who led Monaghan to two Ulster SFC titles and Scotstown stars such as Rory Beggan and the Hughes brothers, Darren and Kieran and Conor McCarthy were key figures during his seven-year reign in the Farney County.

The Meath-Dublin Leinster club SFC quarter-final clash of Wolfe Tones and Kilmacud Crokes at Pairc Tailteann will be the 'GAA Beo' underbill.

The live action commences on RTÉ2 tonight with the opening Ulster club SFC quarter-final as Cavan's Ramor United take on Down kingpins Kilcoo at Kingspan Breffni.

There are eleven club senior football championship matches in total across all four provinces this weekend as back-to-back Mayo champions Knockmore and Sligo standard bearers Tourlestrane face off in the first Connacht semi-final while Tipperary trailblazers Loughmore-Castleiney march on to Munster.

Elsewhere, the newly-married TJ Reid and his Ballyhale Shamrocks teammates will be back in action today when they travel to Netwatch Cullen Park to play Mount Leinster Rangers in the Leinster club SHC quarter-final.

Here's the schedule for this weekend