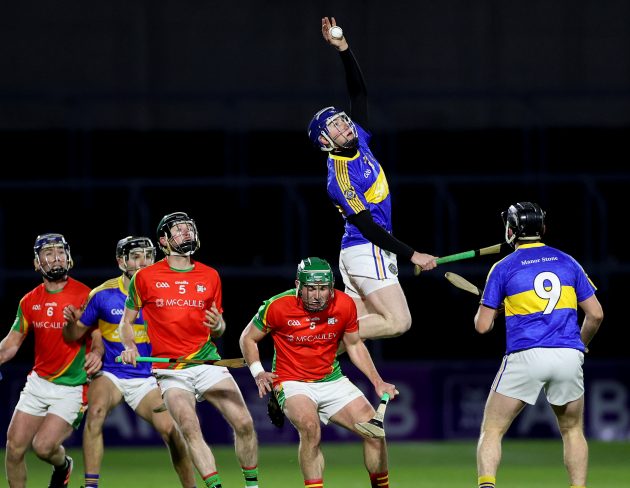 Laois champions Clough-Ballacolla marched on to the Leinster club senior hurling championship semi-finals after seeing off Wexford counterparts Rapparees by 1-17 to 0-12 in Portlaoise tonight.

Stephen Maher’s goal early in the second-half helped paved the path to victory for the hosts after the teams had gone in at the break all square on 0-8 apiece.

The expert free-taking of Ryan Mahon was what saw Rapparees lead for large portions of the first-half before their opponents sailed over the last couple of scores in the run up to the break.

The Model County men had an early goal chance in the restart but couldn’t convert and, from the break, Clough-Ballacolla raced down the field and found their captain Maher (1-9) who did superbly to flick over Anthony Larkin for three points.

The strike gave the would-be winners first foothold and while the Rapparees would stay in touch over the next 10 minutes, the closing quarter saw the Laois side pull away via the frees of Maher and points from Willie Dunphy and Cillian Dunne.

Next up for Clough-Ballacolla is a semi-final date with either Kilmacud Crokes (Dublin) or Raharney (Westmeath) in a fortnight’s time.

Laois champions Clough-Ballacolla are through to a Leinster semi-final after an impressive 1-17 to 0-12 win over Raparees with Stephen Maher finishing beautifully for the only goal of the game at O’Moore Park. pic.twitter.com/ye314bWhcK