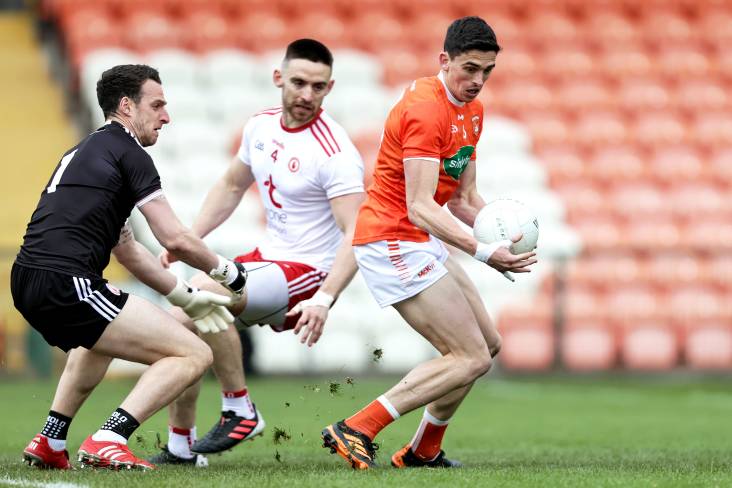 Sunday morning league matches could soon become a thing of the past in Armagh GAA...

Former Armagh captain Rory Grugan has confirmed on Twitter that his club Ballymacnab Round Towers will be tabling a new motion at the upcoming Armagh GAA convention.

The motion seeks to move all future club league matches to either a Friday or Saturday night.

Speaking of the power of twitter, our club is bringing a motion to the @Armagh_GAA convention to move all club league games to either a Friday or Saturday night for the 2022 season and beyond. 1/2

So if you're a club player in @Armagh_GAA and want to see this change, speak to your delegate and ensure they support it #TimeForChange 2/2

The bulk of league fixtures in the Orchard County this year were played on Sunday afternoons with mostly LGFA league and championship matches taking place on the Saturday evening slot.

Supporting the idea, Grugan's county teammate Ethan Rafferty called for men's and ladies matches involving the host teams to be put together as double-headers.

Double headers for clubs were appropriate would be a big attraction. Given brothers, sisters and cousins play for both teams. But rightly so one can’t cancel out the other.

Last year, Armagh LGFA became the first county to have a designated ladies football training facility but chairperson Sinéad Reel said the move would be a "logistical nightmare".

Saturday nights have always been senior @ArmaghLGFA league/championship fixtures, we would hope that our GAA counterparts would keep that in mind 🙌🏻 logistically this would be a nitemare with the ever growing numbers in our game for pitches and officials #fridaynightlights