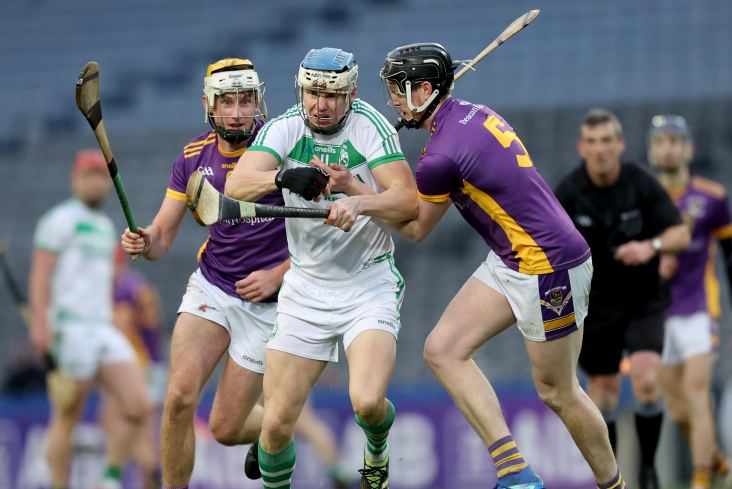 It finished 2-22 to 2-19 at Croke Park, where the Kilkenny kingpins were made to fight tooth and nail in the second-half for their fourth Leinster title in five years against a Kilmacud side chasing the first part of a potential provincial hurling and football ‘double’.

The holders had dominated large portions of the first-half at headquarters where Colin Fennelly’s 25th minute goal sent them towards a commanding 1-15 to 0-7 interval lead.

The Dublin champions got the perfect restart though as captain Caolan Conway rattled the Shamrocks’ net five minutes in and the free-taking of Oisin O’Rorke helped keep them in with an outside chance.

The moment Crokes fired in a second goal via Alex Considine on 45 minutes it was very much ‘game on’ despite a point from Joey Cuddihy in immediate response for the Shamrocks.

Then came a hammer blow for the Stillorgan men when Eoin Kenneally’s long effort into the square ended up in their net, making it 2-20 to 2-15.

Crokes kept the heat on after that, outscoring their counterparts by 0-4 to 0-2, but it wouldn’t be enough to spring the upset as Ballyhale held on for another provincial title and a mouth-watering All-Ireland semi-final date with Ballygunner in two weeks’ time.

Congratulations once again to @BallyhaleGAA on their Leinster win today. A savage achievement, title number 12! https://t.co/1drAhDolgq