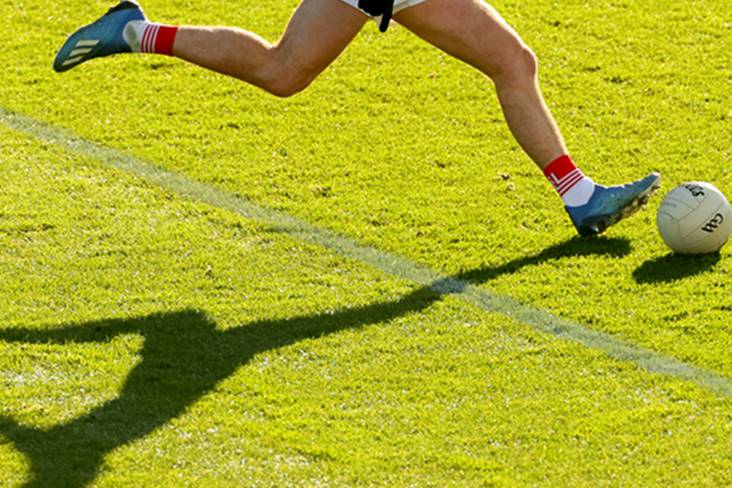 The Donegal side had John Fitzgerald and Paul Sweeney sent off in the closing stages but they refused to throw in the towel and hit the crossbar at the death to leave Steelstown hanging on for a 0-13 to 1-8 victory. Three pointed frees from Ben McCarron had Brian Óg's level at the break (0-8 to 1-5) after Sweeney netted for the Cloughs.

In the Ulster club JFC first round at Clones, goals by Adam O'Driscoll (2) and substitute Eamon McQuillan fired Sean McDermott's to an impressive 3-8 to 1-6 win over Cookstown Fr Rock's of Tyrone.

The locals trailed by 1-4 to 1-3 at half-time but O'Driscoll's second goal from the penalty spot three minutes after the restart turned the tie in their favour.

Elsewhere, it was a busy opening day of action in the Leinster club IFC and JFC with runaway victories across both grades.

Having annexed Laois JFC and IFC titles in the space of four months, Park Ratheniska enjoyed another memorable outing by defeating Naomh Eoin (Carlow) 1-16 to 1-3 at Dr Cullen Park to progress to a provincial quarter-final date with Crossabeg-Ballymurn.

Kildare's Kilcock will take on Tang of Westmeath after getting past An Tochar (0-15 to 0-7) in Arklow, while four second-half goals powered Offaly senior B champions Clara to an eyecatching 6-10 to 0-7 success over St Brigid's, Killashee at Longford's Pearse Park.

In the Leinster club JFC, Clonbullogue (Offaly) defeated Legan Sarsfields (Longford) 3-18 to 1-8 in Gracefield, Louth's Glen Emmets were 2-13 to 0-10 winners over their Meath neighbours St Vincent's in Drogheda and Kilcullen (Kildare) proved too good for Barndarrig (Wicklow) on a 2-11 to 0-5 scoreline at St Conleth's Park.

Finally, in the Connacht club JFC quarter-final at Markievicz Park, St Patrick's had six points to spare on Leitrim opponents Glenfarne-Kiltyclogher, 3-14 to 3-8.